In the past I’ve written Joshua a little letter about the first day back to school, some wayward notion that what I’ve been doing online for the past 8 years or so has been for him to look back on and remember fondly when he’s old and I’m dead.

That’s…yeah. That’s a thing I’m not doing right now. Mostly because I have TWO kids in school and so writing TWO sweet letters like that is just not something I have time for. Also because I think the notion that one day my kids will want to read this is something I made up in my head.

Anyway. I have two kids in school now. So let’s talk about my thoughts on the first day of school. 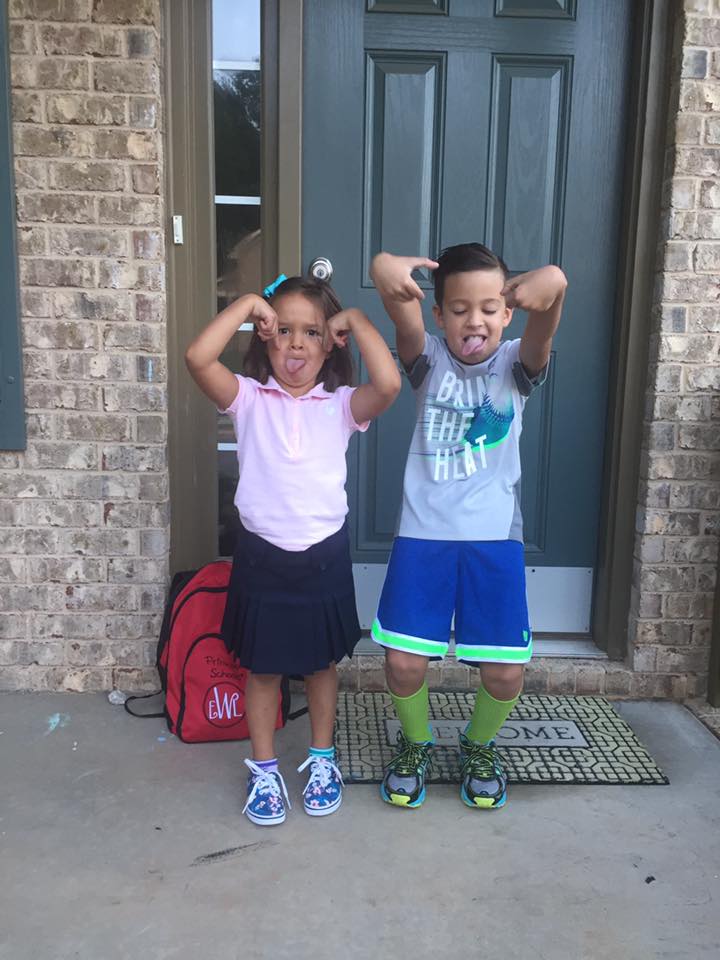 Uniforms are amazing and should be universally adopted.

Let’s just pause for a second and check out how adorable Emma looks in her fancy new uniforms, okay?

The best part? THERE’S NOTHING TO THINK ABOUT when I get her dressed in the morning. In fact, I don’t even have to think about it! Everything matches! Hooray! Here is a bottom and a top and you can wear it and that’s great now come eat your breakfast and let’s go!

Uniforms are amazing and should be universally adopted except Joshua’s socks are rad.

My kid. His socks. It’s all just too much and perfect and hilarious and amazing to me that he’s in neon green knee socks and he loves them. LOVES. THEM.

He put them on this morning and came downstairs all “look at my socks” except not saying that exactly but just…feeling good about his socks.

He exclusively wears athletic clothes. No khakis, NO JEANS. Nope. Never. We have to bribe him to get him into anything that isn’t polyester and also probably a fire hazard.

Whatever, kid! He’s as easy to dress as his sister. Throw on the most bright and neon “moisture wicking” top you can find with the loudest, brightest shorts in your drawer and let’s go!

Not being able to walk your kid in on the first day sort of blows.

This is all because of the fact that Joshua didn’t want me to walk him in. He is in 2nd grade! I thought I had AT LEAST three more years of walking him in on the first day of school.

I know, I know. That’s sort of helicopter-y. I can admit my flaws. I’m a grown up.

The house will be so quiet you’ll feel a little weird.

Do I finish the laundry? Should I watch what I WANT TO WATCH on the TV because there are no kids here to see explicit images or hear the bad words I don’t want them to repeat?

Is it acceptable for me to lay on the couch basking in the silence? Do I have to be a productive human?

(Yes. Yes, I have to be a productive human. Bummer.)

Picking your kid up after she’s been asleep for 20 minutes will never not be painful for everyone involved.

Much whining. Not much wine.

Your heart will grow three sizes on the first day of school because these kids of yours? They’re pretty freaking awesome. 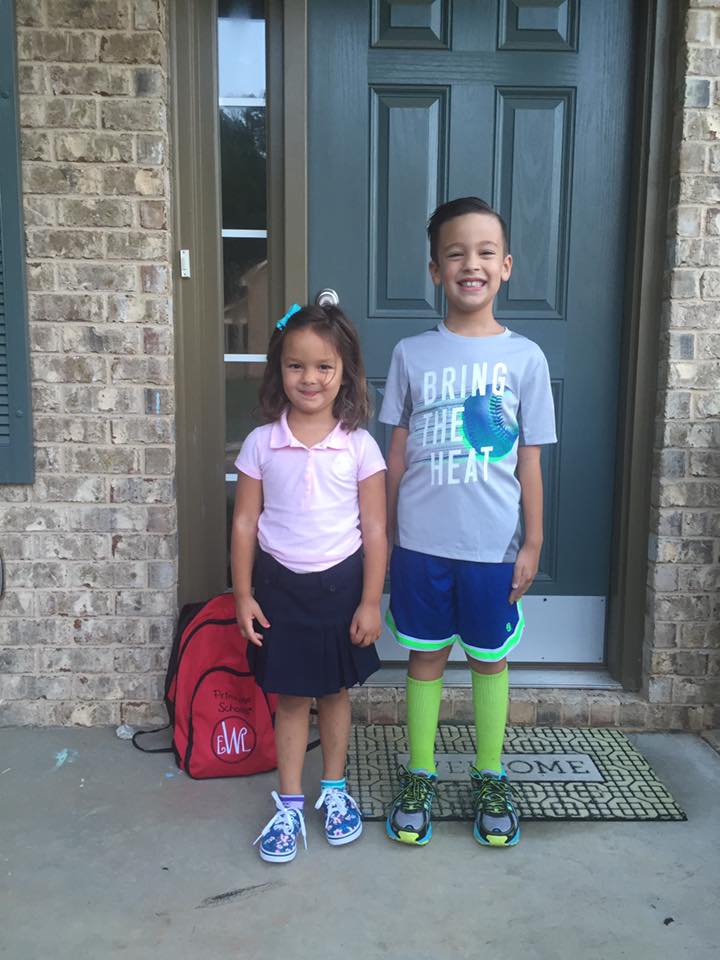