Y’all, I finished Netflix’ Stranger Things yesterday and I can’t stop thinking about it.

So I thought I’d just throw together a little list of 9 things about Stranger Things because what else do I have occupying my brain right now. I’m trying to be spoiler free here, but I can’t guarantee you won’t be able to piece things together from what you read here. Your skills of deduction may vary.

1. Winona Ryder is only capable of making one face when she’s not playing an angsty emo teen. 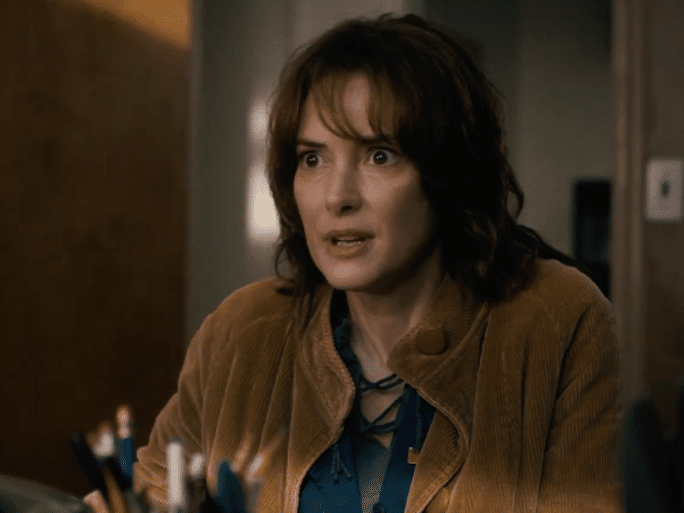 I had the opportunity to interview Winona Ryder earlier this year but couldn’t make the set visit/press day because of child care. KICKING MYSELF now. I could’ve been two degrees from JOHNNY DEPP. Yes, he’s kind of disgusting and greasy and probably a domestic abuser but then I would’ve been three degrees from Orlando Bloom and four degrees from SIR IAN MCKELLAN. (Sidenote?)

I also would have liked to have gotten the opportunity to see if that deer in headlights look on Winona’s face is an all the time look or just the look she gets when she has to tap into her inner my-child-has-been-kidnapped-or-maybe-worse-and-there’s-a-monster-in-my-walls parent.

I mean, if I were tapping into that role I might have permanently frozen-open eyes too. IDK. Basically she was perfect for this in nearly every way.

2. This show is everything you ever loved about 80s entertainment but with better special effects.

Aliens. Monsters. Groups of awkward kids. The school yard bully who gets his comeuppance at the hands of someone he deems inferior. A douchey jock and the nerd girl who loves him but also sort of loves the creepy guy down the street. Really terrible 80s hair. 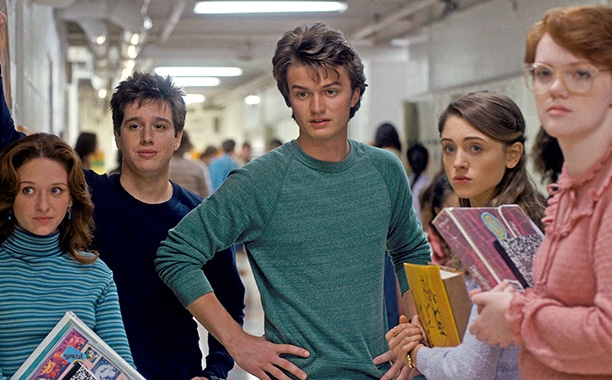 The only thing missing was Molly Ringwald. (She MUST make a cameo in Season 2, Duffer Brothers. MAKE IT SO.)

Alfred Hitchcock said something like “whatever the audience can create in their mind is scarier than what you can show them on screen.”

That was true in his day when special effects involved shadow puppets and soundtracks of people screaming and birds attacked people. (Birds en masse is totes a legit fear, btw.)(Do we say “totes” anymore?)

Hitchcock was wrong about the Duffer Brothers monster, aka the Demagorgon.

That MFer with it’s Venus flytrap face and ultra-long fingers and hornet’s nest skin and weird slobbery sounds was terrifying.

4. The casting director knew how to find tween boys in the very middle of their awkward phases to play Mike, Lucas, Dustin, and Will. 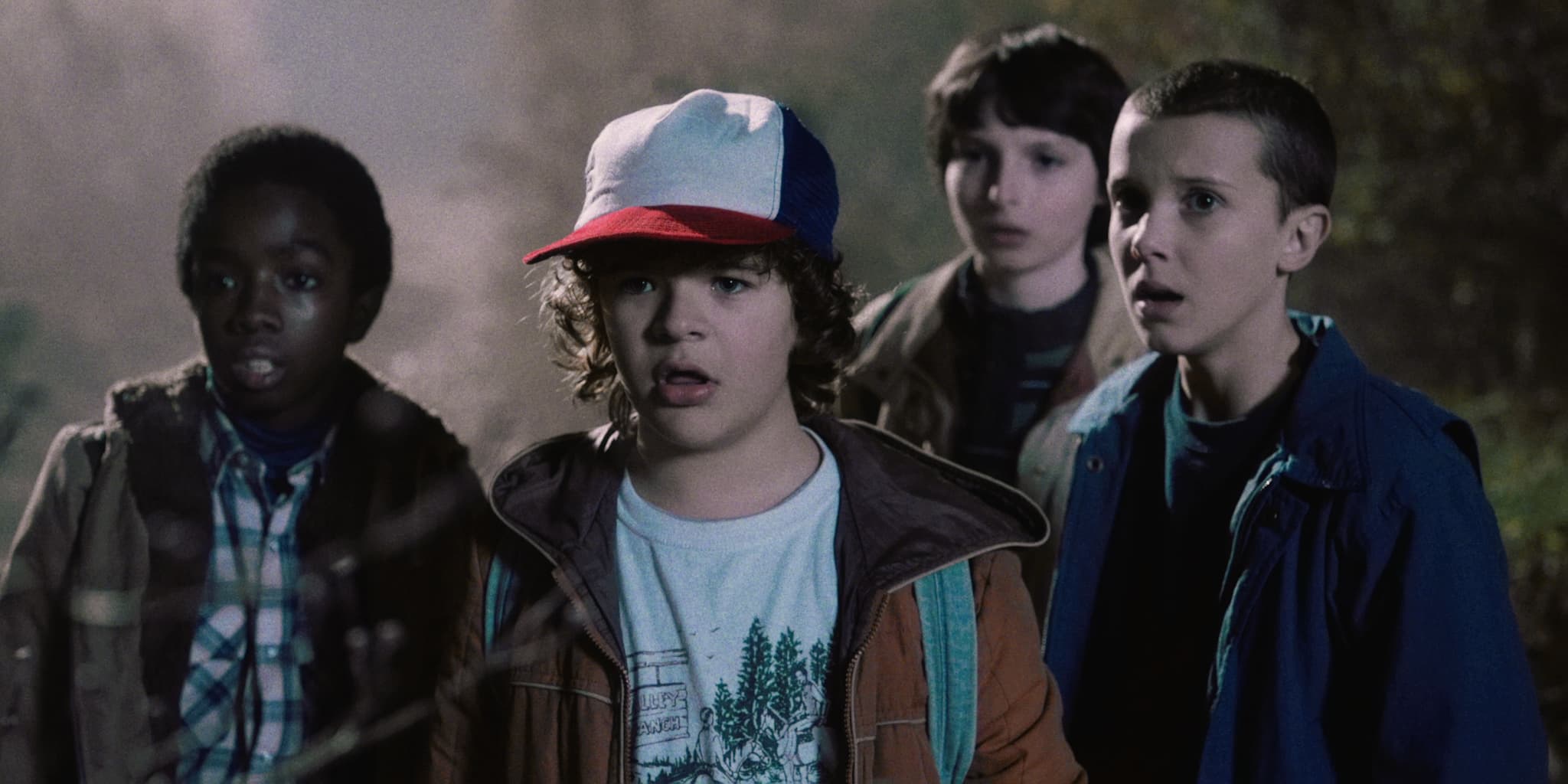 (The girl is Eleven. Not Will. We’ll get to Eleven in a minute.)

They were all stunningly perfect in their respective roles.

She’s been kept, likely for her whole life, in the basement of Hawkins’ Lab. As a telepath/telekinetic, she’s used as a…science experiment? conduit? weapon?

Dr. Brenner’s purpose is never really clear, but Eleven somehow manages to open the Seventh Seal of the Apocalypse.

That…should really go without saying, right? (Right. The answer is yes. In both real life and fake life.) 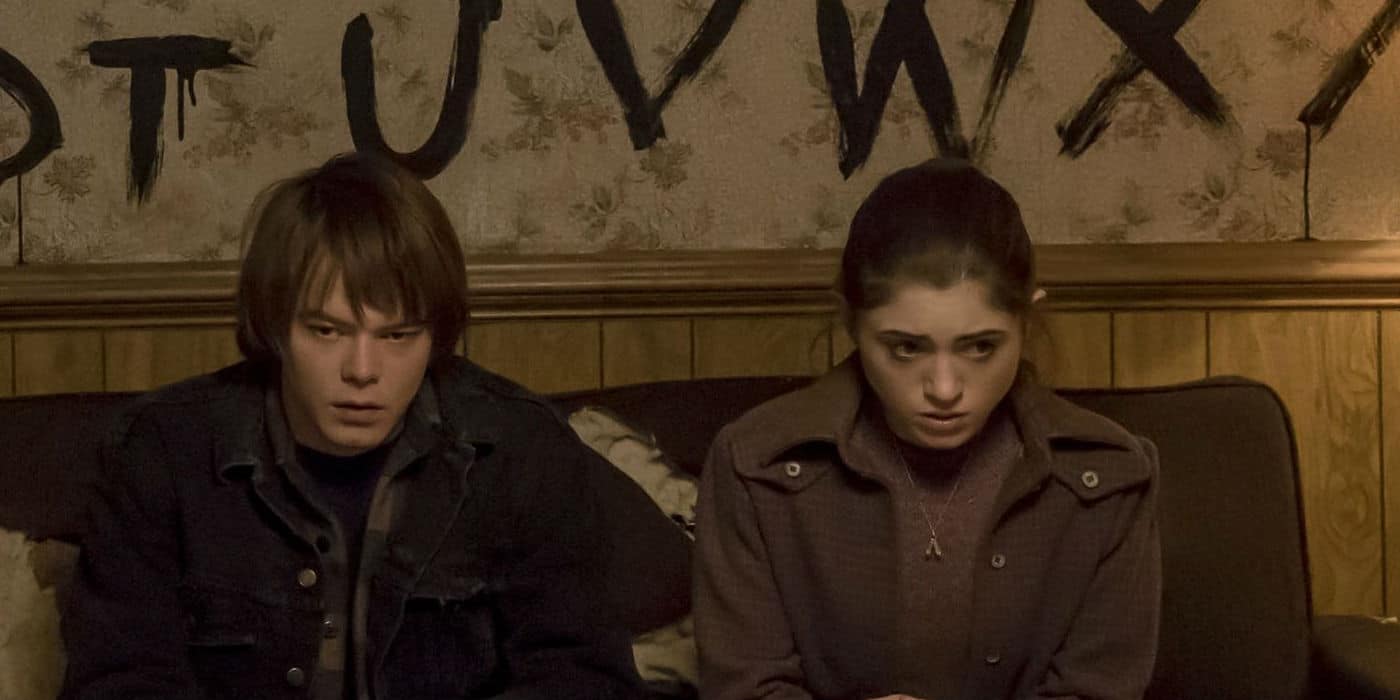 This guy, Jonathan, Will’s big brother, plays the ultimate creepy loner, always on the outskirts of society, probably slightly embarrassed by his home and his mother, working to help support his family, has dreams of going to NYU but never actually goes to his high school classes, so…

Jonathan and Nancy are the heroes of the series. I think? Sort of heroes?

I don’t know. Most of the characters were heroes because despite the fact that a kid went missing and their town turned into Bizarro World, they all held it together pretty well and no one stopped to say “WTF? THIS IS INSANE STOP THE PLANET.”

Jonathan and Nancy just sort of went with it.

7. For all the covering up Hawkins Lab had done over the years, it took one chain-smoking mom and a probably alcoholic cop plus a ragtag bunch of kids to bring them down.

So what if they only brought the lab down-ish. (I mean, it’s a government entity. It has more heads than a Hydra.)

Stranger Things Season 2 is coming, or it better be, because this show is too creepy and weird not to continue exploring this Upside Down world. 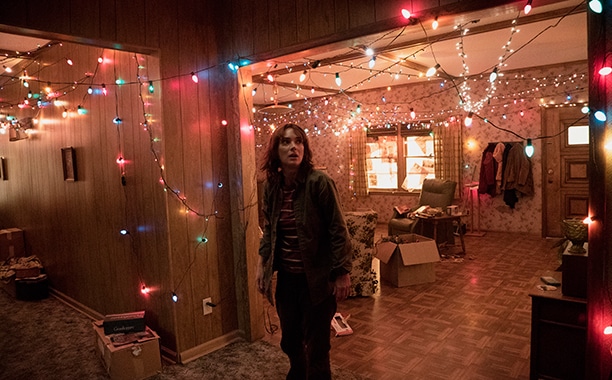 SURE, she strung up those lights because her son used them to talk to her, but doesn’t her house just look…festive? Happy?

Who doesn’t love GIANT Christmas lights? (Probably that girl from Gremlins whose dad died while stringing them up on the house…)

I love giant Christmas lights. Don’t even care how seasonally inappropriate it is to mention that.

To defend himself against the monster, Jonathan puts nails through a baseball bat. Do the Duffer Brothers have a fondness for Lucille?

(BTW, because this show is SO GOOD at being 80s perfect, I *almost* asked if Frank Darabont had watched this show and gotten his inspiration for Lucille from it. I probably need coffee.)

Did you watch Stranger Things on Netflix? What did you love?

Are you going to watch Stranger Things? (WHY NOT!? I know TV you guys! Go! Watch it! Report back!)