You know when your week gets off to a start that is less than stellar and you spend the whole day trying to do ANYTHING to break the funk and the only thing that will break the funk is the one thing you can’t seem to get which is sleep?

That was my yesterday. Yesterday I was all “I will just throw up some photos from the past week and talk about the pictures and call it done for blogging for Monday! That will totally work! Hooray!”

And then that obviously didn’t happen because OMG EMMA CLIMBS ONTO EVERYTHING and I want to take all of the furniture OUT of my house and just sit on floor pillows and say we’re tapping into the Asian side of the family even though I’m certain people in Korea actually do use furniture and not just floor pillows.

I spent all of yesterday completely exhausted and stressed to my absolute limit because of keeping her off the couch/end tables/coffee table only to find that she likes to stand on the handle to the warming drawer of the stove which means she can reach the stove top which means OH MY GOD.

My week got off to a rough start.

So today I’m trying to reset my week and even though it’s only Tuesday it feels like a Wednesday and I keep panicking thinking I’ve missed Joshua’s therapy appointment and his swim trunks aren’t clean from the lake this weekend and he has lessons and OMGWASHTHECLOTHES! It’s like the week just knows it was unfair yesterday and is just trying to get me to the finish line of this week as quickly as possible.

But it’s only Tuesday.

We went on a picnic on Memorial Day. We were originally planning to picnic at the lake, but everyone else had that same exact plan so we dropped back and punted and settled for picnic-ing at a park. 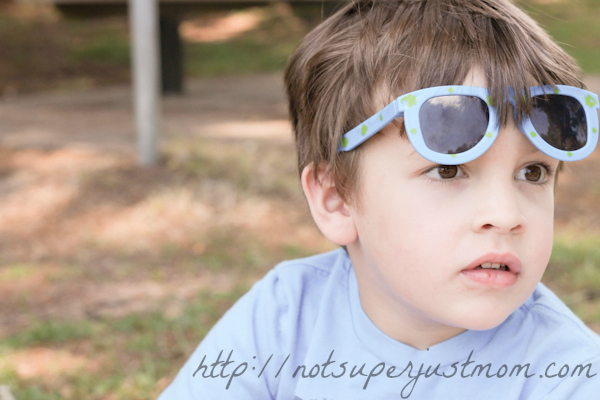 So this photo may not be technically profound, but Joshua’s EYES. His eyes and his perfect skin! He sometimes decides he wants to wear his sunglasses and when he does, this is how he wears them. It’s so very him to wear them this way. I think that’s what makes this photo a keeper for me. It’s captured a part of who Joshua is. 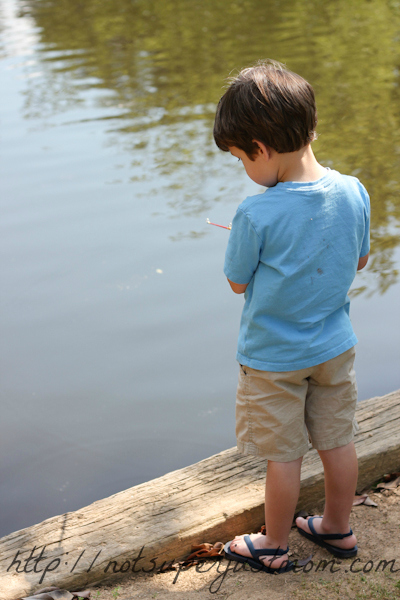 We decided to take Joshua fishing on Memorial Day so that morning Dan went out and bought them both a rod and reel. Joshua picked Lightning McQueen, of course. Since we couldn’t get to the lake, we settled for a park with a pond. 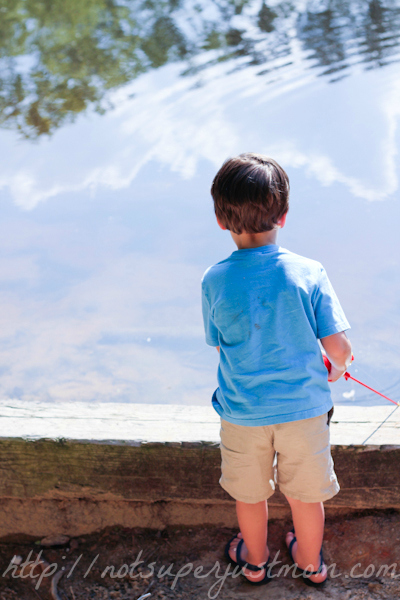 Good thing Joshua’s 4 and doesn’t really care that he caught algae instead of fish. 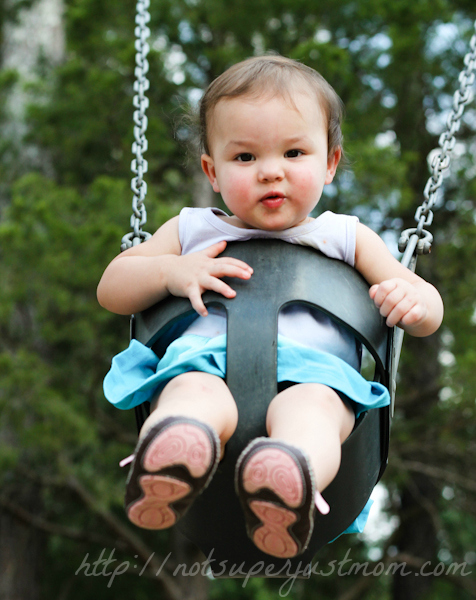 While the boys fished, Emma and I went up to the playground. She walked herself over to the swings and reached up at them, asking to be put into one so she could swing. 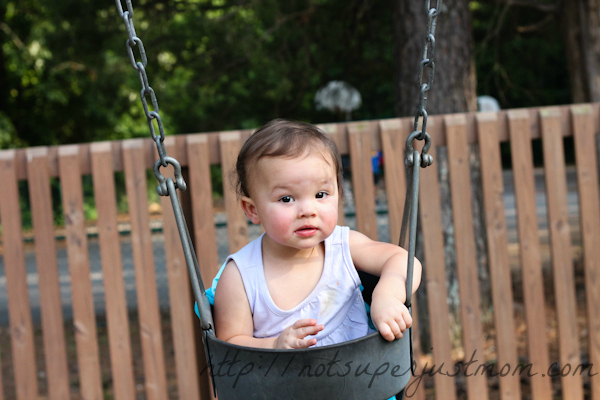 Emma’s faces are amazing, too.

Saturday mornings often start off rough around here when we have no plans. We get grumpy. Super, super grumpy.

Dan and I both want to sleep. The natives (children) get restless. So Saturday we decided to go back to the lake we tried to visit on Monday and hooray! Not so many people! 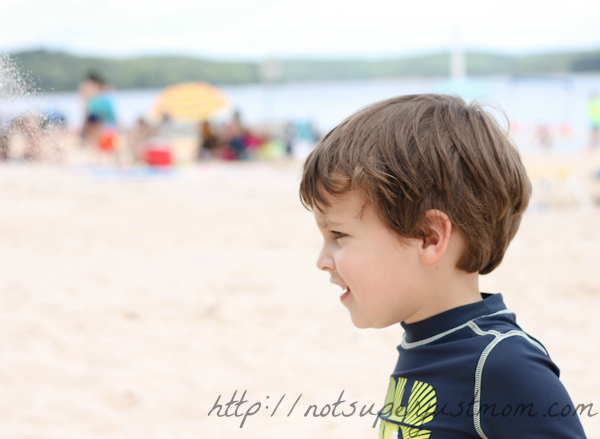 First, Joshua needs a haircut. Second, what I love about this picture is something I didn’t see with my first look.

Joshua is a sand thrower. I try and try and try and try to make him stop and he just throws the sand. If you look at the left edge of the photo, you’ll see the sand he threw that I didn’t know he was throwing because Hi, I was taking this photo.

Emma was not amused with Joshua’s sand throwing antics. 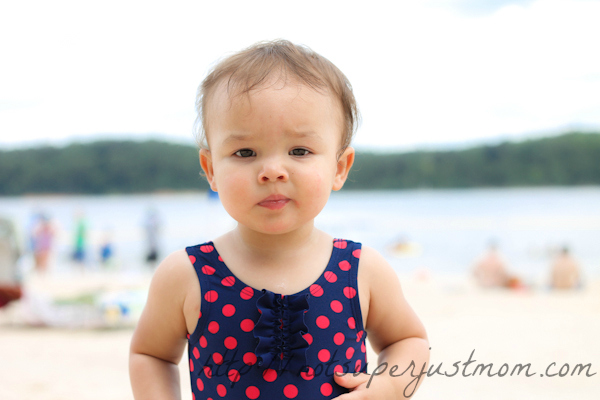 I have been exploring for a little for any high quality articles or blog posts in this kind of area . Exploring in Yahoo I ultimately stumbled upon this website.

Studying this information So i'm happy to express that I've a very excellent uncanny feeling I found out just what I needed. I such a lot no doubt will make sure to don't omit this web site and provides it a look on a relentless basis.

Great pics, Miranda! Emma looks so much like you in that swing pic. And the climbing? Oh girl, I feel you. Leyna STILL climbs everything (and I thought Kendall was my rowdy one). I blame it on her trying to keep up with big brother. The good news (?) is she's really mastered balance at an early age, and I am slowly able to trust her more and more. Hope your week gets better!