I saw a meme floating around Facebook this morning that sort of gut-punched me. It said “Pretending to be happy when you’re in pain is just an example of how strong you are as a person.”

People. I’m about to get a little ranty. Hold on to your hats.

As someone who has battled both depression and anxiety on recurring occasions throughout her life, I can’t begin to tell you what a damaging statement that is.

Sure, there are moments when we have to keep trudging along through the sludge of depression when what we’d really like to do is just curl up in bed for a decade and sleep all of our I-don’t-cares away. There are bills to pay and ice creams to be purchased. Sometimes we have to fake it ’til we make it.

But some people can’t fake it. Nor should any of us have to.

For some people, the pain of depression is so debilitating it can’t be shoved aside, and no amount of pretending to be happy will make that pain go away.

I’ve been there. It’s terrible. To feel like you’re going through the motions in your own life, completing tasks but not really living. Unfortunately, there’s not a switch that can be flipped to make a person suddenly feel better. If there were such a switch, I’m pretty sure we’d all have ours locked in the “on” position forever and ever amen.

No one wants to be depressed.

What people who are hurting need to hear isn’t “Oh, just be happy!” What they need is help.

The bootstraps mentality hurts more people than it helps, and quite frankly, I’m tired of hearing it spoken to people who need better help than to be made to feel even more broken than they already feel.

Bootstrapping negates valid emotions, and the emotions that come along with depression are still emotions, even if depression is an asshole that seeps into your brain and makes you think things that aren’t true. By saying that if people just chin up, they’re better, stronger than those who can’t, we’re causing more hurt than we’re healing.

And actually, I think the reverse is true.

I think the people who are open enough to say that they’re battling depression or anxiety or bipolar disorder, or even just a broken heart, are stronger than those who try to hide behind a façade of happiness.

Those are the people brave enough to face the challenges of depression head on. They are aware of their illness, and acknowledging that there’s a problem is the first step toward recovering.

When we admit that some of our places are broken, we can heal them. We can grow stronger in those places.

So, this is me, giving all of you permission to feel how you’re feeling. You don’t really need my permission, but I’m giving it. If you’re happy, that’s awesome. If you’re not happy, don’t pretend to be happy for my sake, or for anyone else’s.

Reach out. Seek help. But don’t ignore your pain and think that if you do it will go away. No more bootstraps, okay? 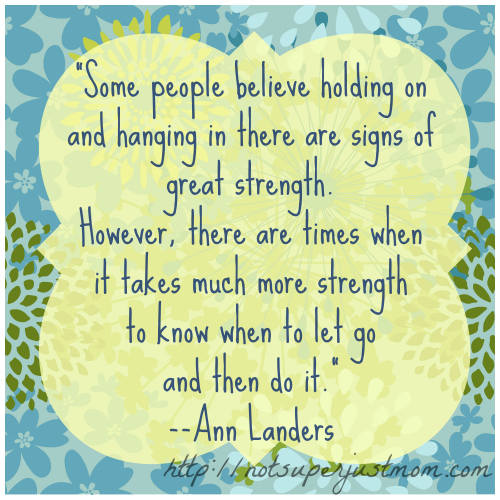 Wow! You're so right! I was diagnosed with depression and the beginning of this year and I am just now getting a handle on managing with medication, counseling and anything natural. It was a relief to know I wasn't the only one struggling with it and to know it was ok to not be fine or happy. It's not always a just-get-over-it thing.

You're never the only one struggling. I'm happy you're finding help.

I was all "Yea go sister!" up until you said that people who talk openly about their problems are stronger than the ones who put on a happy facade. Totally disagree. I believe that anyone suffering from any mental illness is brave...Some people are afraid to speak out or reach out for that help but it doesn't make them any less brave than someone who did. And if they did speak out and do put on a happy facade who are we to judge them and say that they aren't strong like the ones who look exactly how they're rotting inside. Yes, everyone should be able to come from behind a fake smile but it's a scary world with scary stigmas...but in the end, we are all strong and brave because we woke up to start a new day.

I think your last sentence is the point. Yes, we're all brave. We're all surviving in whatever way we can. Of course we are. But the meme implied that those who pretend are stronger than those who don't. I think it takes tons of guts to know there are stigmas out there and be honest about how you're feeling in the face of those stigmas. Every time we come out from behind those facades, we chip away at those stigmas.

I'm not advocating shouting from the mountaintops that you're hurting. I think putting on a happy face is fine if that's what you WANT or NEED to do for yourself. If you're doing it to spare someone else the discomfort, then I think you shouldn't have to do that if that's not what you want to do.

I think we also have to be honest that for many of us, pretending we're okay hasn't made our problems disappear.

I loved every single word of this. I felt exactly like this two years ago. "To feel like you’re going through the motions in your own life, completing tasks but not really living." It was a long, hard road to recovery, but I made it. Now I'm living and loving my life. I would have taco punched anyone who would have told me "chin up" or "pray more" or "you just need to relax".

So many things that are said with the intention of helping are extremely unhelpful. Extremely.

I agree with your point! Well said and thank you for writing it!

Thank you for reading it!

Yes. Nobody should feel that they HAVE to do it. And amen to saying that you're allowed to feel crappy and SAY so. But I think it's also okay to feel like you can't share with everyone because you don't want to. It's an interesting line. Like some people you know you'll get the support you need from, and others you'll feel like, well, they'll shoot you down or make it worse for you, so you put that happy smile on and go about your way and it helps YOU. I guess that's my point. Smile if you feel it helps you find the better as opposed to the bitter. But nobody should ever MAKE you feel like that statement seemed to. Does this even make sense? I hope so. As someone who has had my share of sh!tty days, I think I see both sides. And your point is crazy important and awesome, I'm just sharing what might be an okay flipside. Either way, we look out for others and ourselves. And that, to me, matters most!

It's absolutely okay NOT to share. Absolutely. But I don't think that not sharing the truth about how you're feeling always has to equal putting on a smiley, happy exterior and pretending that everything is rainbows and glitter, you know? It might for some people, but it doesn't always for everyone. And that's okay.

Basically, there's no "one size fits all" and telling people to just pretend to be happy isn't always great advice.