Today my son wore a pink hat in public. A bright, glaring pink hat he called a cowboy hat. He was awesome.

It was with the Easter items in the Dollar Spot at Target. He tossed a purple one at Emma’s head and donned the pink one himself and off he went to look at the lawn pinwheels in the next bin while I scoped out items for their Easter baskets.

Emma dropped her purple hat to the ground as if to say “done with this!” and we took off to get the rest of what we came for. He was trailing behind me, jabbering about Mario Kart or Angry Birds Star Wars or whatever popped into his almost 4 year old mind. And then he caught up to me and I saw it. The pink hat bobbing along at my side.

But there’s nothing wrong with it.

My son loves trucks and trains. Cars. And Cars. Angry Birds in any incarnation the game’s creators can imagine and throw into the Apple store.

He would BE the red Samurai Power Ranger if he could figure out how to make the old flip phone work as a real “Samurai-zer.” Spider-Man hangs the moon.

And sometimes he wears pink hats. Or asks me to paint his toenails. Or he puts his sister’s bow in his hair and proceeds to race his garbage truck around the house until my ears bleed from the sound of the wheels on the floor.

He loves so many things that would seem “wrong” to other people but which to me seem perfectly right. I don’t want anyone to tell him (or Emma, but hers will be another story) what he can and can’t like. And yet, I know it’s coming.

I’ve already heard his friends say “that’s for girls.” And my heart has broken a little every time.

I want him to be this unaware of the meanness in the world for the rest of his life. To protect him from that.

I admire his unwavering bravery to be who he is. To love what he loves.  I know that this won’t always be easy.

But I hope that I’m teaching him to be this confident in himself and comfortable in his skin forever.

To know that he can love whatever he wants to love.

Ballet or baseball. Or both. He doesn’t even have to choose.

He is my boy. My boy in the pink hat. 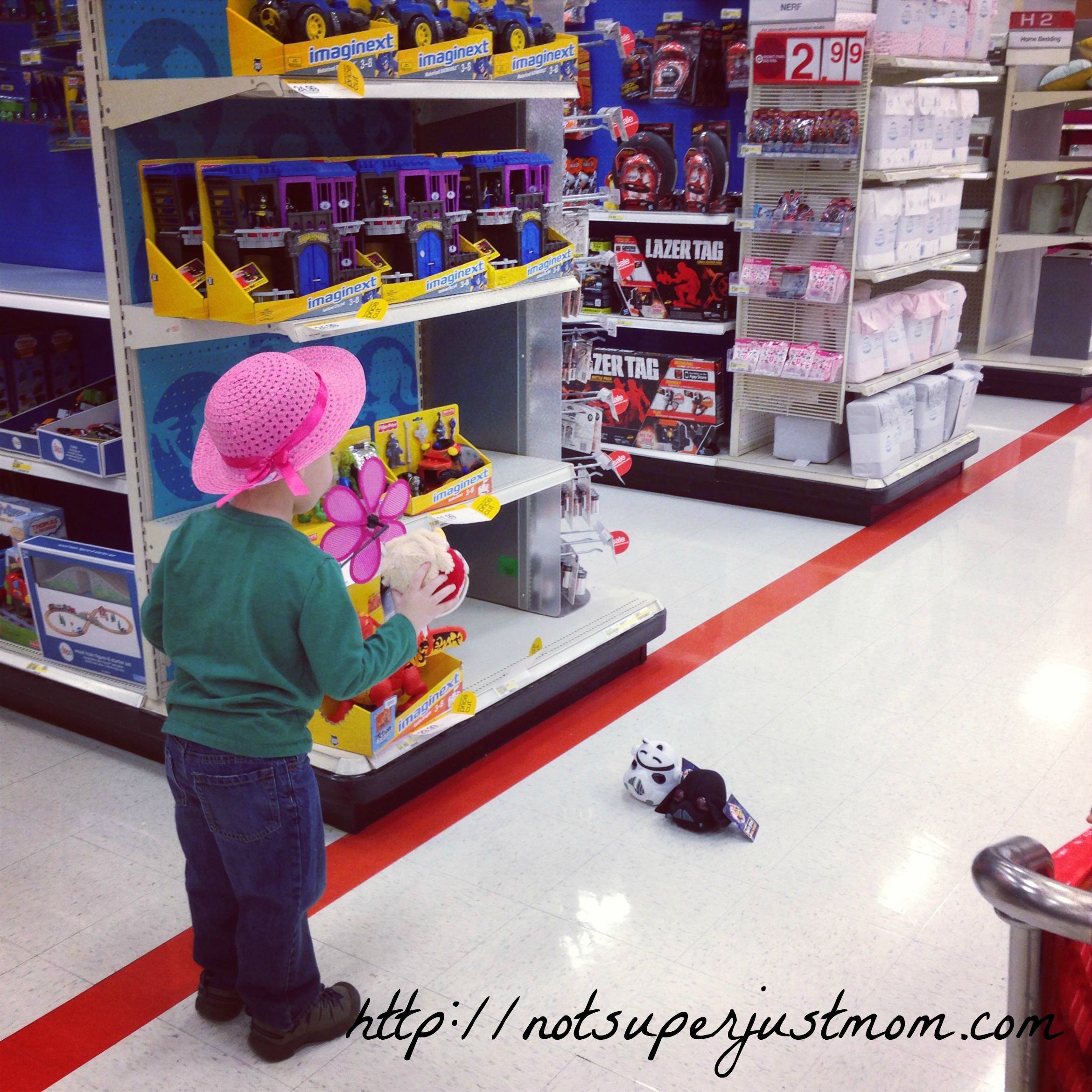 Love What You Love - Finding Walden

[…] boy in the pink hat flashed across my brain and I felt myself tense up a little. I knew this would happen sooner or […]

i love this! my son just turned six and still plays with his sisters things. he dresses up in dresses while playing dress up and still asks me to paint his toes. it's sweet and i too will be very very sad when it stops.

Red goes for the pink glitter every time we walk into the shoe store! Pink was actually viewed as manly during the early 1900s. (Derivative of red).

LOVE. We have that, too, this boy who loves the girl things and the boy things. He is a "boyish boy" who loves pirates and the Teenage Mutant Ninja Turtles (which are apparently still a thing) and sometimes plays too roughly. But he also loves pink balloons and painting his fingernails. And I love it. One day he came home from his preschool and said he couldn't use a pink plate anymore because pink is for girls. And my heart broke. I think I was able to talk him out of it. Because I so very much want him to be and love what he wants; no predetermined gender associations allowed.

LOL at Katie's penis comment. I'm not ready for those.

I'm also not ready for the toys in our house to stop being for both babies. The sociology major in me thinks it's both an interesting study of the gender roles in society & also sad how those roles are pressed upon children at such young ages. Here's hoping all the pink & blue can reign for both the babies in my house for a lot longer!