It’s been HALF A YEAR since Emma nearly came flying out of my vagina on the side of the highway. Six whole months, y’all!

I can hardly believe it, truth be told, because it’s gone by so quickly. Every day she’s changing and growing and learning something new and it’s sad-awesome to watch it all happen.

Gah. My heart loves her so much. 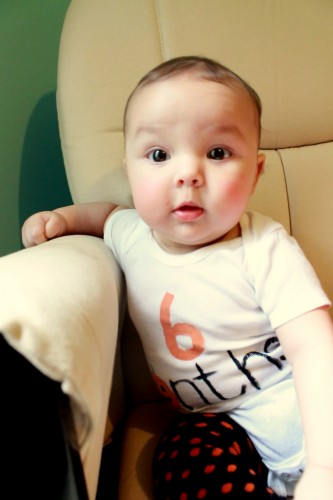 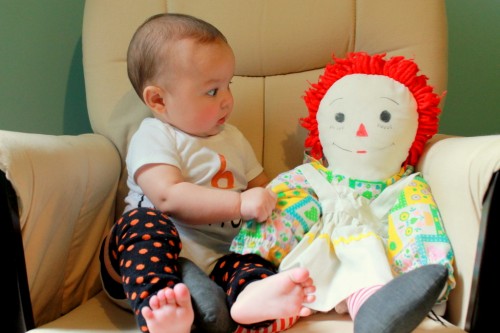 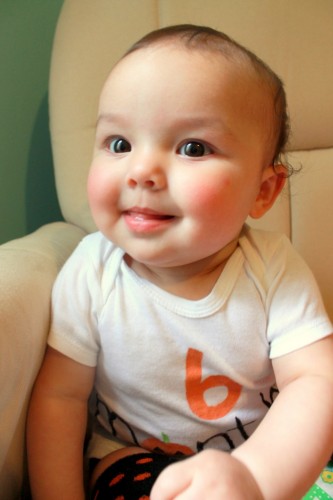 omg she's so stinkin' cute! i can't believe it's been six months already. it goes by so fast.

omg her ROSY cheeks!! She is so feminine!

She's gorgeous and looks like big brother in that last pic!

SHE IS SO CUTE.