Dan was out of town for three days this week on business, Emma had a couple of bad nights, and Joshua’s still refusing to nap. Basically, I want to be Rip Van Winkle and sleep for 100 years. Even after two relatively decent nights of sleep and an excellent nap yesterday. I’ll sleep when my kids are in college, right? Right.

But while Dan was out of town, one of the guys he was on business with (who is not from here) mentioned the Georgia Aquarium and said “I hear that place is really great!” Dan was all “Uh, well, we’ve never been.” We’re kind of lame like that. Atlanta has so much to offer and we almost never take advantage of that fact. I think both of us going to New York in the same week but not at the same time has been a kick in the pants to explore a bit more. So last night Dan bought tickets to the aquarium and today we got up when the kids did and embarked on a little adventure.

I could narrate our entire Under the Sea adventure for you, but it’s way more cool to narrate and show you pictures, so here goes.

As you walk into the aquarium, there are funny fake tiles as if the dolphins have left their tailfin imprints. I got a kick out of them even if no one else did. And that’s part of the Atlanta skyline overlooking the World of Coke. We had to stop so Dan could take Joshua to potty and I was bored. Thus, skyline pictures. 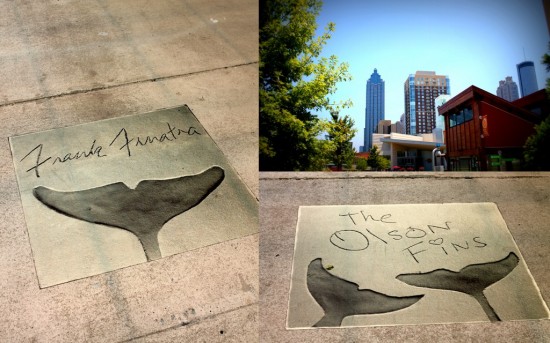 Several of the exhibits have these glass observation domes. Joshua kept calling them “bubbles.” You can climb into them and you get an almost sort of 360 degree view of that part of the water. He kept asking to find the bubbles. He also wanted to keep petting the star fish. Emma chilled and then fell asleep. (Good girl, Emma. Good girl.) In that tiny picture in the middle of the bottom row, Joshua’s across the glass from an African penguin. I wish we’d started at that exhibit instead of saving it until last. 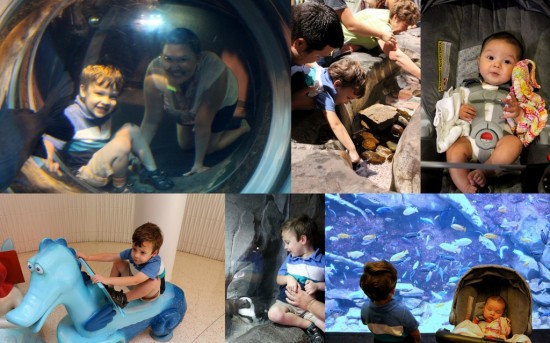 The Georgia Aquarium’s big attraction, or one of the big attractions, is its Beluga whales. They were beautiful. I could’ve stood there staring at them for hours. None of my pictures of the whale sharks turned out well, but those were cool, too. And that tank was enormous. The whale sharks are currently 22 to 25 feet long and will get up to around 35 feet long.

We also saw the Dolphin Tales show. We didn’t know it was a musical with a storyline and thought it was just dolphins doing cool tricks. So it was a little cheesy but a lot of fun. Emma nursed through the whole thing and Joshua was entranced by the water jets and flashing lights. And the dolphins, too, of course.

All I could think of when I was watching the show was how badly I wanted to be swimming with those dolphins. I suddenly wanted to go back in time and become a marine biologist/dolphin trainer/person who swims with FREAKING DOLPHINS. Because seriously. That was awesome.

The Georgia Aquarium was really cool and I’m glad we finally went. Part of me wishes I’d gone before having kids so that I could really see everything, but part of me is glad that my first experience with the aquarium was through Joshua’s eyes. He was so excited. Until he wasn’t excited anymore. There were a couple of meltdowns as he started to get tired and we managed them and called it a day without seeing everything. So that just means we have to go back at some point to see the rest of the exhibits.

Here are a few more pictures that I loved. 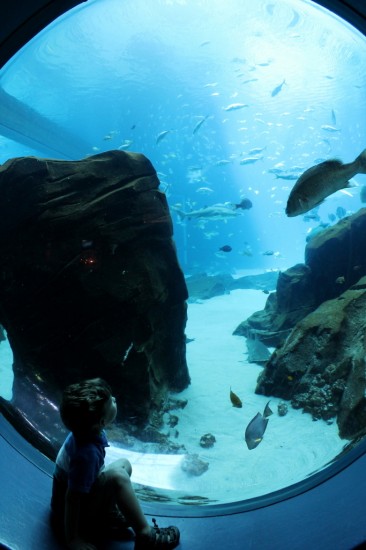 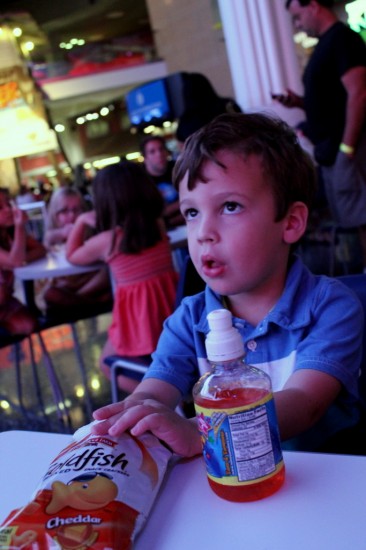 Eating fish at the aquarium. 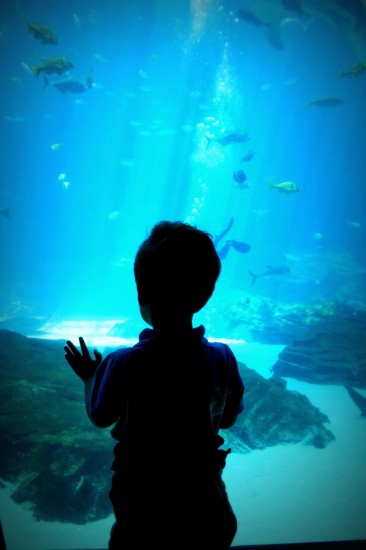 So close, yet so far away.

My heart right here, y'all.

[...] Miranda on October 30, 2012 In keeping with the recent theme of finding the cool things to do here and then doing them, this weekend we ventured into town to check out an Atlanta holiday [...]

Where The Wild Things Are--Zoo Atlanta

Wow, gorgeous pictures. I've been wondering if the GA Aquarium is worth it...looks like my kids would thoroughly enjoy themselves, so yay. We may have to check the aquarium out during fall break!

Everyone went this weekend! I forgot all about it. Emma would love it. It is a really cool place...

This post made Mommy want to start planning a trip to Atlanta right NOW. What gorgeous pictures!