But the review must go on, right?

This week, Emma turned 3 months old. So that was big.

As a treat for turning 3 months old, I took her to a brewery with my friend Alyssa who was visiting from California. (More on that visit later. It deserves its own post.) 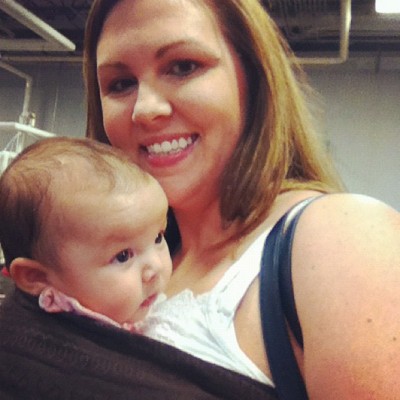 Joshua’s picky eating saga continues, but he did eat part of a taco. You know, the part that’s basically just the shell with nothing in it. Once he got to the meat, he was D-O-N-E. Last night at dinner when he thought Dan and I weren’t looking, he dunked a chip into the salsa bowl. (It was apparently a very Mexican-meal week for us.) 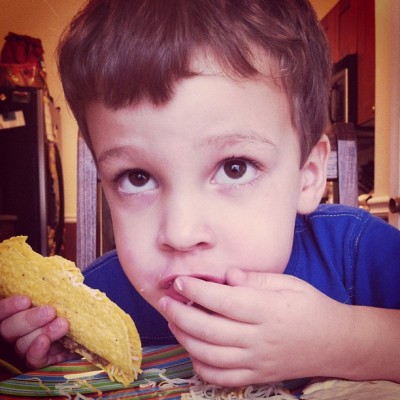 Progress, thy name is tacos.

Friday morning I decided to take him to the bounce house in an attempt to elicit a nap. It didn’t work. Probably because he decided he’d rather watch basketball than jump on all the things and sat himself down in the floor to do just that. (He did play. But not enough to tire himself out. Bummer.) 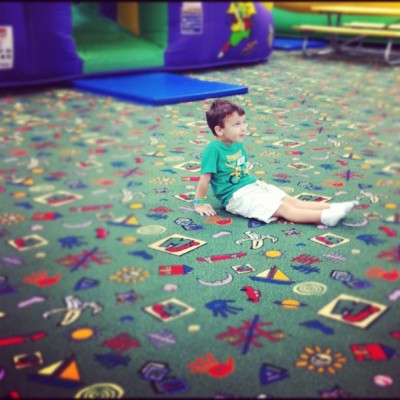 Saturday there was a meltdown at the mall that I did NOT photograph, but there WAS a nap. Meh. Whatever. There’s wine in the fridge.

I read a few things, too.

My beautiful friend Katherine wrote a post for her Babble blog, Something Fierce, about intense parenting, specifically, what it is and what it does to the parents who are intense. I’m an intense parent. But I’m not that kind of intense parent. So that’s good, I think. I don’t know. Sometimes I do think I cause my own unhappiness because of the expectations I place upon myself. I have to ruminate on this some more in light of the day I’m having.

Those guys over at How to Be A Dad made me realize that 1) we’ve yet to purchase Joshua shoes that tie and 2) I have no idea how to teach this kid to tie said (imaginary) shoes. Their diagram illustrating how to teach a kid to tie his shoes pretty much sums it up. Velcro forever!

Finally, and I think I’ve linked to her three times now, but damn if she doesn’t just keep knocking them out of the park, Diana wrote a post about why she writes: “Nice Girls Don’t Write About Their Dead Babies.” So many of us live lives affected by tragedies great and small, and we write. We write because there is no other way out of our tunnels of darkness except through them. Y’all, the internet is more than just the buzzing and whirring of invisible 0’s and 1’s through space and wires and whatever it is that makes this work. It’s a community. A living, breathing, changing entity. It’s a place for pouring your heart out only to have that heart picked up and loved on by e-strangers. My life would be less without it.

So, what’d you read this week?

second the day drinking! my emma (4) is pretty much vegetarian by choice...will not touch meat. Definitely will eat eggs from the farm, whether it is an egg sandwich or scrambled...and then will eat carrot sticks and peanut butter to her hearts content...that's balanced, right? :-) Doing a great job mama!

That's more balanced than Joshua eats! What I failed to mention in this post is that the kid had McDonald's three times. :/

cheers to day drinking, i'm already in the club. velcro forevah, i will shoot myself in the face before i buy another pair of tie shoes.

He can totally stay in velcro forever, right? and then I just move him to Toms or something? Right?