Every Friday afternoon we get an update from Joshua’s school about the activities for the upcoming week. Last weekend, the email said that the week’s theme was “Carnival.” There would be carnival-themed activities each day and then on Friday, they were having a school wide carnival where all the kids would play games and win prizes.

When I dropped him off on Tuesday morning, I asked if I could bring him on Friday so he could participate if I stayed with him. His director was totally cool with it and said she’d put me to work. So, Friday morning rolled around and I grabbed my camera and off we went.

(Let’s remember that I have a fancypants DSLR I don’t know how to use, okay. No judging my photography skills. Even in the back of your head. I’m going to learn how to use it. I swear. And my knowledge of photo editing means I open Picasa and slide some bars around until I like what I’m looking at. So no judging.) 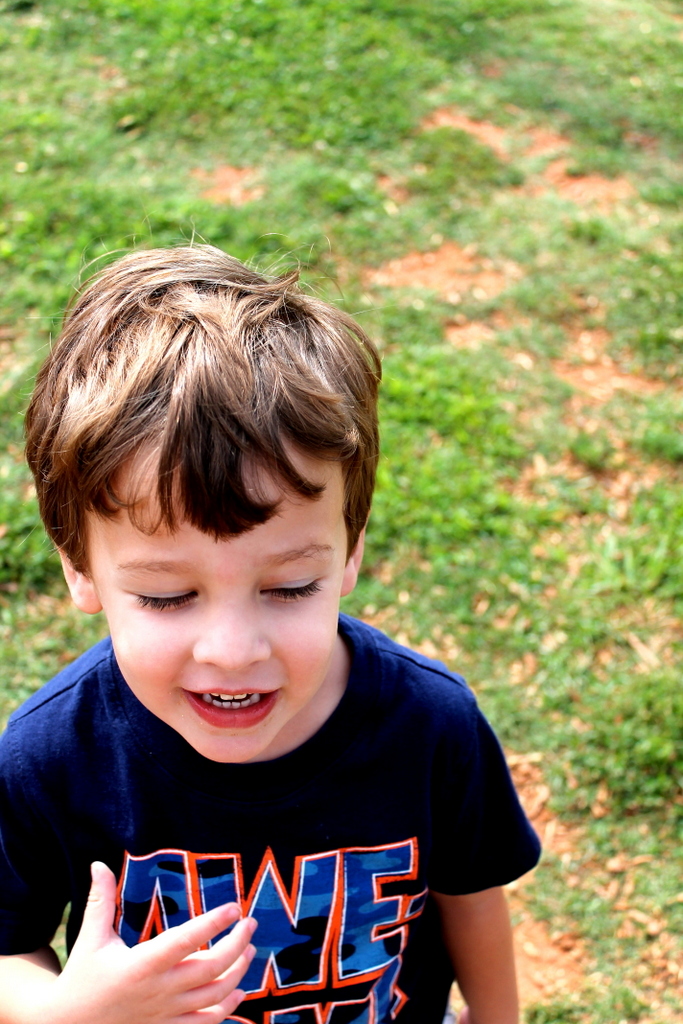 Joshua won’t look at the camera. But he’ll say “cheese.” This is the result. Also, I was wearing Emma in the ring sling and she was sleeping and I’m old(er) and kind of fat right now. So I couldn’t squat down on his level to attempt to get a picture of his face straight on. 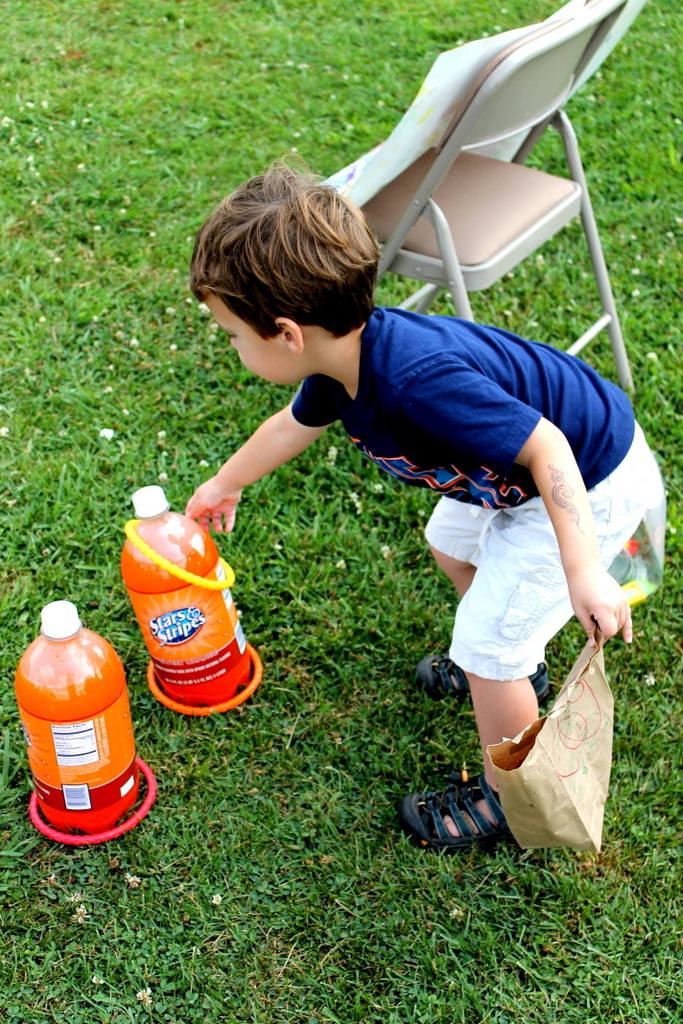 I worked the ring toss station and once the kids learned that my station was passing out candy, they all wanted to play ring toss. Except they all played ring toss like Joshua’s doing it here. Basically by walking right up to the bottle and “tossing” the ring over the top. They’re smart, those preschoolers. They’ll totally work the system if it means a sugar high. 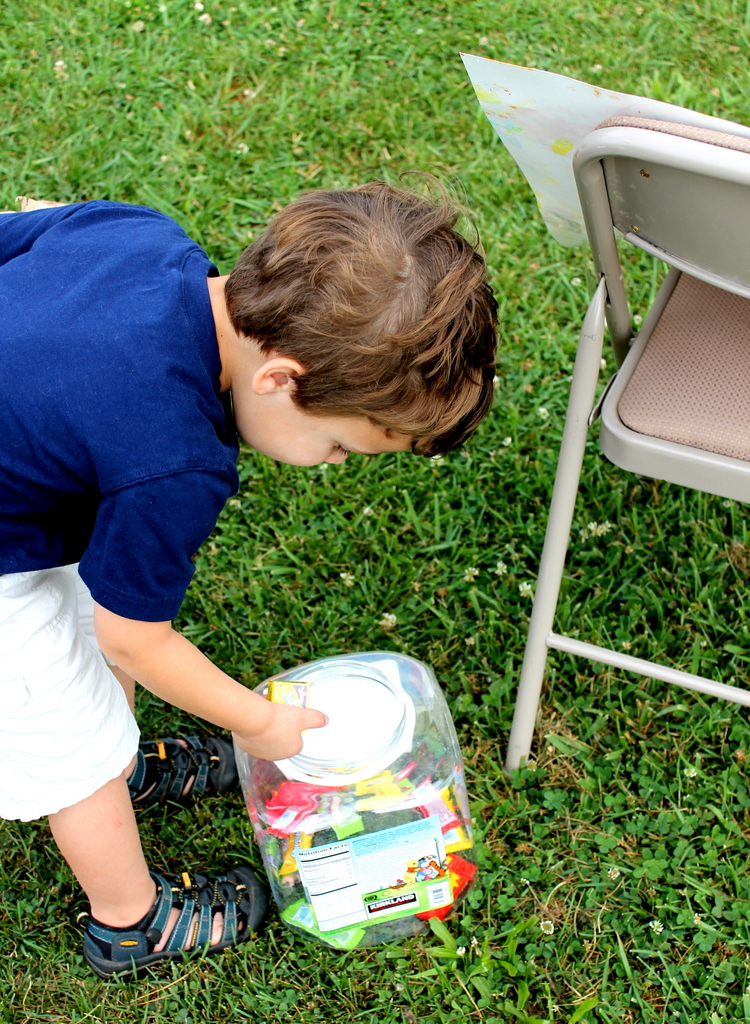 I kept willing him to pick up the Nerds because those are the ones I wanted. (What, you don’t get candy for your kid just so you can eat it? Liar.) 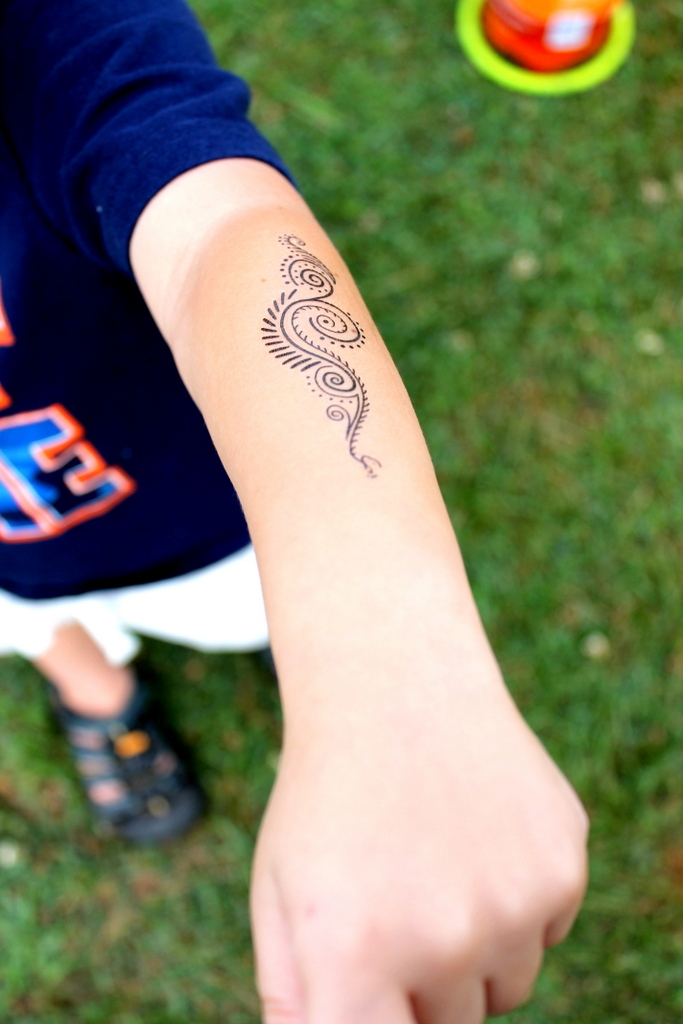 He got a tattoo at one of the stations and came running over to show me. Then he proceeded to show me every time he came over to see me. And all through lunch. And then once we got home. And then it was the first thing he showed Dan when Dan walked in the door yesterday. Kid loves himself some body art. Good thing I’m okay with that just in case he’s into real tattoos one day, right?

And then there’s this photo, which may not be technically awesome but which is maybe my favorite picture of Joshua that I’ve taken with this camera to date. Maybe ever in his life. 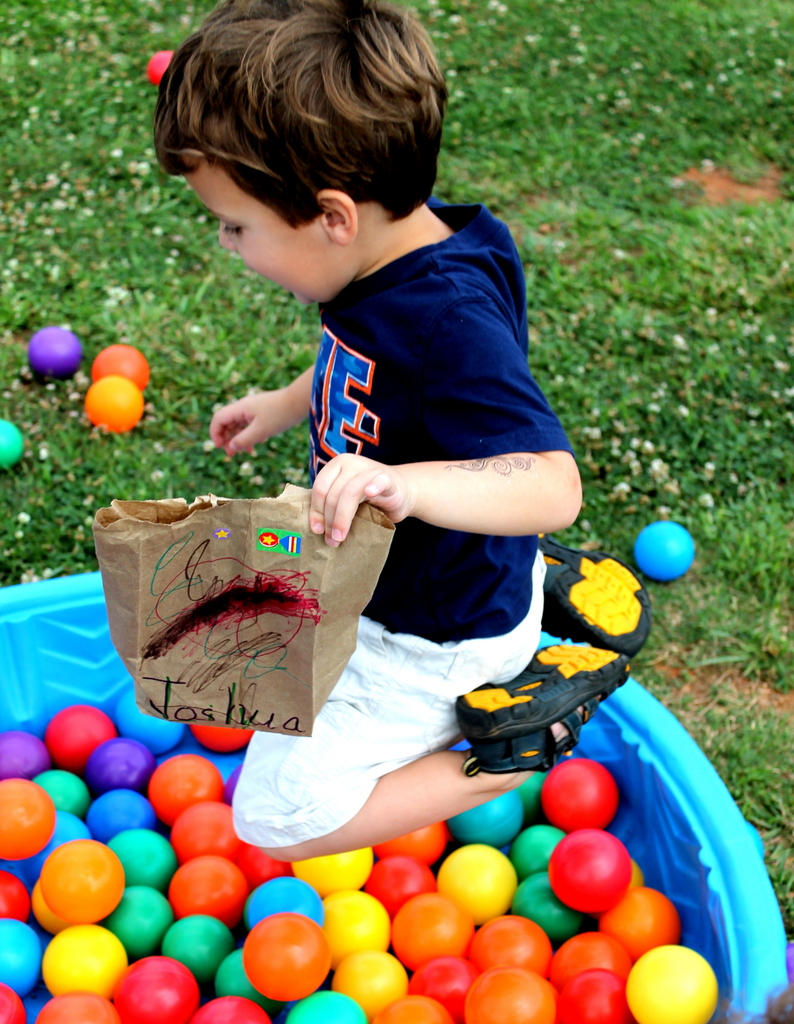 He saw all of the other kids in the ball pit/swimming pool and came running up to me to ask if he could do it. So of course I said yes because a kiddie pool ball pit is cool and way less disgusting than Chuck-E-Cheese. He had so much fun! And I got this amazing photo!

We had fun yesterday. It kind of redeemed Wednesday. And yesterday morning definitely made up for yesterday afternoon which was so.not.awesome.

I realize that it’s summer break right now and that even if I were working I would’ve been able to do something like I did yesterday. But when this fall rolls around, I’ll be able to do this. I’ll be able to volunteer at his school during the day. I can be a room mom. I will be able to experience things instead of missing them.

The feeling yesterday morning reminds me that no matter how stressed out the decision to quit my job made me, no matter how I agonized over it, I made the right choice for us for now. And I’m so glad I did.

I'm glad that you got to do this. That's what I hate about teaching, too. When things happen at your kid's school, chances are, you can't make it. Also? Yes, I do get candy for my kid just to eat it myself. I always get mad at Halloween time if she gets lame candy. I look through the bucket and think "WTF?! Who eats this?!" tee hee

It seems like teaching would be such a good job for parents, and in a lot of ways it is. But in so many other ways, it's not. When I worked at the bank, I could take a long lunch or an early lunch and would've been able to do things like this. But in teaching, you're pretty chained to that building for a set number of hours every day and it's sad to miss things.

And the candy? I totally buy it for him so I can eat it. Which is probably why I'm fat.

that is a really great picture :)

I want to frame it somewhere! I love that it's a completely accidental action shot!