Turns out the answer is yes, it can. And no, it can’t. But also yes? There are some deep vein thrombosis warning signs you need to know, so let’s talk about those. And then we’ll talk about what signs I didn’t have. (Basically all of them.) 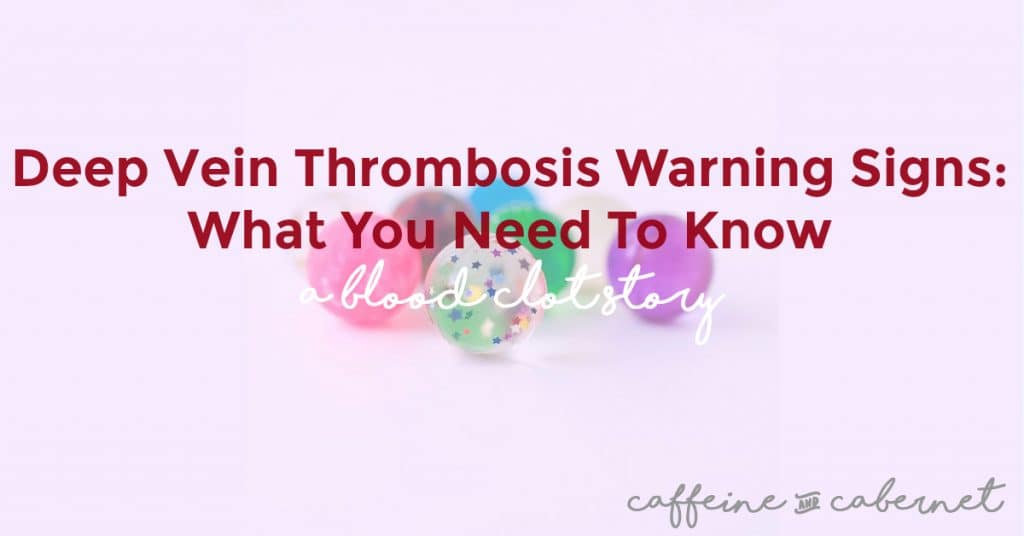 There are a few commonly listed major warning signs of deep vein thrombosis:

It felt super dumb to be all “hey, so, my leg hurts” at the doctor’s office. Why? I don’t know. It just sort of did. I wrote about how Dan thanked me for being alive and even now, knowing I would have gone to the doctor sooner if I were doing this all over again, I can completely understand how it can feel silly to go to the doctor for something you’re not entirely convinced isn’t all in your head.

I’m glad I went because I’m not dead.

If you stumble on this and you’re experiencing two or more of these symptoms? Go to the ER. Do not pass go. Do not collect $200 (except maybe grab the money for the copays and snack machines). Do not wait on your doctor to call you back and say they can see you in three days. Seriously, just go. You’ll be glad you did if you end up having a deep vein thrombosis.

While I’m not a medical doctor (and I’m not even really trying to play one on this blog), if you have ANY of the above symptoms and you think you might have a blood clot, even if it’s the most fleeting thought in your brain, go see someone.

That’s approximately 1 person every 6 minutes, y’all. These things do not play around.

Talking to Your Doctor

Talking to doctors is intimidating for some of us. Or maybe just for me. The first doctor who saw me asked all kinds of questions.

Were my shoes new? Yes, but they’re flats. The same kind of shoes I wear every day.

Had I been on any long-distance flights? Nope.

Had I been on any long car rides without stopping? Nope. I drove 45 minutes to Midtown so someone else could run a 5K.

Had I recently injured myself? Nope. Only my pride by losing so terribly at cards.

Was I on birth control? Yes.

She noted that the pulses in my ankles were regular and matched each other, a sign that I likely did not have a blood clot. I had no visible swelling in the affected calf, ankle, or foot, another sign that this was probably nothing.

Then I told her about trying to exercise one day and feeling completely out of breath after barely 90 seconds, and how two days prior to that I had been unable to breathe easily after going up the stairs in our house. I had blamed that shortness of breath of being overweight, and then I remembered reading a story about a super fit mountain climber who had experienced the same thing only to find out the blood clot she didn’t know she had had been sending tiny bits of itself into her lungs: she had pulmonary embolisms. Plural.

It’s really important to note that while being fit and eating well are definitely worthy pursuits, they don’t stop you from getting DVTs or PEs. Nothing really can. Awareness and knowing deep vein thrombosis warning signs are the best prevention.

The pain in my calf and the shortness of breath, along with the fact that I was on hormonal birth control, were my ticket to the ultrasound. Ultrasounds are non-invasive, relatively inexpensive ways to check for DVT.

If you only have pain in your calf, demand an ultrasound if you can. It’s shockingly common for doctors not to listen to us about our own bodies.

As women, our pain is routinely dismissed by medical professionals, and this happens at an even higher rate for Black women. We’re commonly made to feel like our symptoms are all in our head, but they’re not, and we deserve the same kind of treatment men would receive when presenting with the same symptoms.

Here’s the great thing about DVTs: they’re REALLY treatable, and in most cases require no downtime.

Once your blood clot is confirmed, you’ll probably be prescribed a course of blood thinner medications. That’s probably it.

You might experience bruising. You may experience heavier periods (and boy, can we talk about that). But you’ll probably just experience no more pain.

My pain was gone within four doses of starting the medication. While I know this doesn’t mean all is well, and while I’m still going to be taking this medication for another three months, my leg doesn’t hurt anymore.

It had only been two weeks, but I was beginning to forget what it felt like not to be in pain. (It feels excellent, btw. Highly recommended.)

Again, there’s no tried and true way to prevent deep vein thrombosis. They can happen to anyone. Knowing that, I’m just asking you to share this with your people. Put it on Facebook. Send it over to Twitter. Pin it. Help me get the word out about deep vein thrombosis warning signs.

You might save a life the same way my friend did. 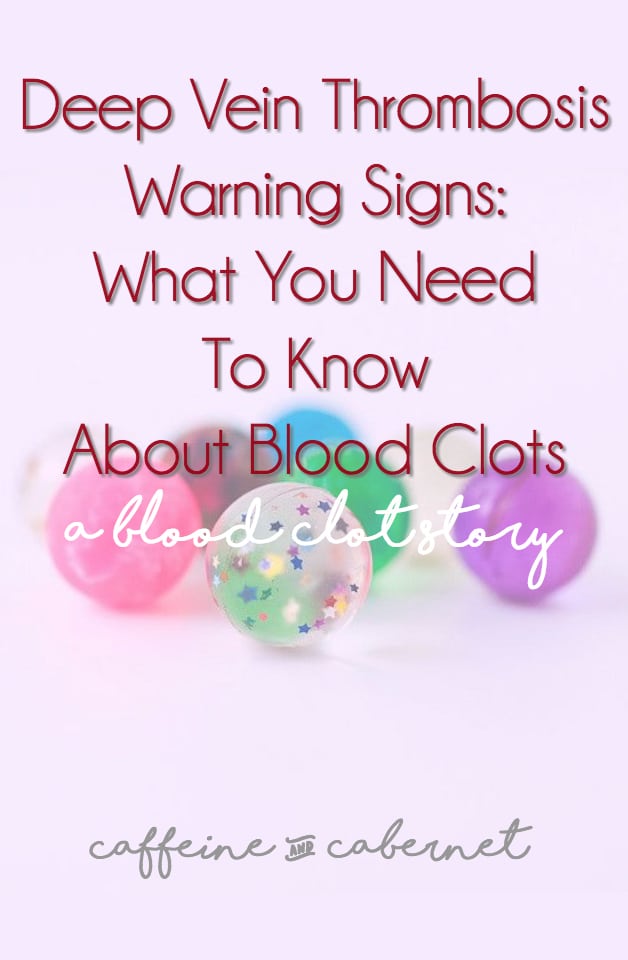