The internet has been chock full of essays and articles detailing the positive and negative of the latest Disney flick to hit the big screen. So here’s another Beauty and the Beast review to join the masses. I’ll try not to spoil anything, but consider this your spoiler alert just the same. 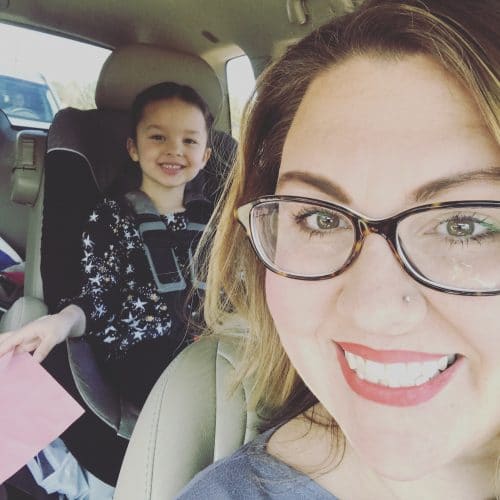 I have been dying to take Emma to see Beauty and the Beast since the first trailers dropped last fall. We were going to see it opening weekend. And by we I meant me and I was going to drag her along because she’s my excuse to indulge in remakes of princess movies from my childhood. (Except that time I watched the live action remake of Cinderella on an airplane by myself.)

As it turns out, Emma’s a fan of princess movies. (And no, I don’t have a problem with it. Adding that to my list of things to write about.)

She was quite eager to have a Girl’s Night Out to the movies, so I used a Fandango birthday gift card, swiped a couple of tickets, and off we went.

The movie was wonderful and Emma’s favorite part was when the Beast cracked jokes in the library.

Emma Watson as Belle was Flawless

Emma Watson, a favorite actress of mine since Hermione Granger first hit the big screen, was the absolute perfect casting choice for this role. She portrayed innocence and curiosity, bravery, grace and grit beautifully. And she looked great doing it. Not too overdone, not too underdone. Just very, very natural and, well, flawless.

Belle was one of the first Disney princesses to really know herself, to understand who she was in the world and to understand that she would not compromise that for anyone. Especially a man who only wanted her for her looks.

Emma Watson’s real-world advocacy for women’s rights and issues only strengthened those characteristics in Belle. In some ways it felt like the role was written especially for her.

A Tale of Two Beasts

One of the most “meh” moments for me in the live action Beauty and the Beast is a moment when the Beast sings a solo. It was just…not necessary. It felt inserted for the sake of allowing Alan Mencken to throw in a few more songs. But if that’s the only thing I have to complain about…

Whereas the cartoon Beauty and the Beast rushes along the relationship between Belle and the Beast, basically confining their blooming love to a single song, this version expanded upon that a bit, giving a little more depth to the Beast and his past.

In some ways, that really worked, and in others it felt a little like a gimmick to get us–and Belle–to love him. However, it did explain a few questions that the original left unanswered, namely how an ENTIRE COUNTRY forgot about a Prince.

In this version, the Enchantress placed a spell on those outside the castle walls so that they would no longer remember the castle, its inhabitants, the Prince. Nothing. Families were separated and forgotten. Paths in the woods were closed off from the villagers so that they couldn’t even find the castle, which sort of makes you wonder how the Prince was supposed to find love to break the spell in the first place.

Anyway. Belle made it to the castle, traded places with her father, and became the Beast’s prisoner/ward. From there, the story came alive with the loving Lumiere, Cogsworth, Plummette, the Wardrobe, the Maestro, and Mrs. Potts and her adorable Chip.

These characters were incredibly true to their cartoon counterparts. They were loyal to their castle and their Prince, and again, the live action Beauty and the Beast explained why they were so loyal.

It wasn’t just because they were trapped in the castle and their eventual return to humanity depended upon his finding love.

As it turned out, they blamed themselves for his becoming a Beast in the first place, so if anyone in this movie has Stockholm Syndrome it’s the dishes.

Truly. He was so terrible. Good terrible because we’re supposed to hate him, but terrible and it’s not clear why anyone would like him at all, including LeFou. Considering my reaction to Gaston, I’d say the writers and Luke Evans did their jobs well. What a disgusting human.

I’ve read think pieces and had conversations where people argue Gaston isn’t really a villain, and by the dictionary definition, he isn’t. He’s not devoted to a life of crime or misandry. He’s not constantly scheming to get by in the world by doing the least amount of work. His evil plots aren’t central to the theme of the story.

But, y’all. He’s a villain. Maybe not the worst Disney villain, but a villain just the same. He has absolutely no redeeming qualities and deserved a terrible fate for being so horrible. 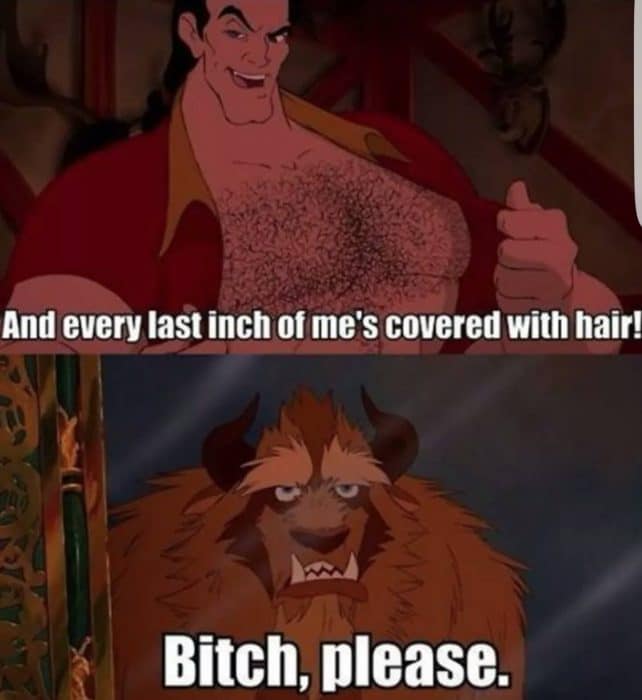 Just as I suspected, people who touted the “big, gay controversy” as their reason for boycotting not only the movie but also Disney itself were pretty much as gasbag-y as Gaston.

I realize I’m a lefty who advocates for LGBTQ rights, but seriously? That’s…that was it? THAT was what had people so…gasbag-y?

Let’s get it straight. (Pun not intended.) LeFou has always been gay, and Josh Gad’s representation of the character didn’t really add anything that wasn’t in the animated Beauty and the Beast.

And guess what! Your kids didn’t know! You didn’t know! You’re still YOU despite watching a Disney movie! Amazing! So that’s not what the big, gay controversy really was, anyway. At least not in my estimation.

It was so neatly executed and tucked away that it would’ve been imperceptible unless people went into the movie explicitly looking for something to offend them.

During the villagers’s raid on the castle, the wardrobe dresses three men like Marie Antoinette on steroids. One of them likes it. OOOOHHH!! SCARY!

At the end, during a full-cast dance, LeFou and this guy, Dick, I believe, which, well played Disney, end up partners in the dance, and the camera briefly shows looks of shock at finding someone similar on both of their faces before panning away to the glory that was the cinematography of that scene.

That’s…that’s it. Given all the hullabaloo I expected…more than that.

To See or Not to See Beauty and the Beast

I said this on my personal Facebook page, but the decision whether to see this one in the theatres or wait for Blu-Ray or Netflix isn’t one I can make for anyone else.

If you’re a fan of Beauty and the Beast, if you’ve ever felt personally connected to Belle, be our guest. You won’t be disappointed.

I really loved the movie so much and agree with a lot of your points! It was great how this version explains a lot of the original plot holes and gives a lot of the characters and relationships more depth. The quoting Shakespeare together and joking in the library showed more of their connection and made their love less Stockholm Syndromish. Loved that Maurice was given more screen time too and that there was more of the father/daughter bond shown.

You are crazy. Give Dan Stevens all the solos. That was my favorite part.