I spent my childhood summers on a farm in north Florida. Every year, as soon as school was out, my mama would drive me down to my Pops and Granny’s house and I would spend my days feeding and chasing chickens and ducks, swimming, going on adventures in the woods behind his house, and picking blueberries from the bushes just outside the kitchen. My cousin spent her days there with me.

In the fall, after I’d returned home for school, she and I would write letters to keep in touch. Childish, girly scrawlings of whatever seemed to strike us as stories worth relating to one another in our time apart. I remember the excitement of finding a new letter in the mail, tearing into it in my bedroom, reading and re-reading it, and then putting pen to paper and writing one back.

Somewhere along the way, the mail got way less fun.

It got full of circulars, credit card applications, coupon mailers, and the ever-dreaded marks of adulthood: bills, bills, bills. 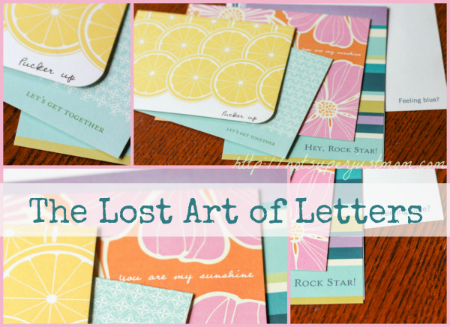 I think about the Brownings and how Robert courted Elizabeth through letters. How even after they eloped and ran away to France, he kept writing her letters and she him.

I think about all of the correspondences between soldiers and their families. The letters that serve not only as glimpses into the personality of those who wrote them but also stand as part of our historical legacy.

I think of the relatively frivolous notes passed friend to friend between classes, some of which I’m sure I have tucked away in a tin somewhere for posterity.

No one writes anymore. The art of writing letters is being lost.

We’ve gotten so used to the quick communication of texting and email that we don’t take the time to drop a short note in the mail or actually sit down and write a letter. We run around with the handwriting of serial killers and elementary schools drop cursive education because there’s too much time needed for bubbling in answers on a test.

It bums me out.

It bums me out so much I want to do something about it. I want to start writing letters again. Tiny little mail bombs of sunshine instead of the ugly black rain clouds of the credit card and electric bills.

I want to use the mail as it was intended: to communicate with people in meaningful ways.

I want to send people letters.

Writing letters, actually taking the time to write down my thoughts and mail them off, to maybe brighten someone’s day with an unexpected, non-obligatory piece of mail meant solely to say hello, was one of my 31 for 31 goals. And now I’m ready to get started.

I haven’t really thought about how this is going to play out exactly, because I want to include people who want to participate and not just stick to those people whose addresses I already have, but that’s where I’m starting.

One letter or note a week to someone who isn’t expecting it for the next 31 weeks. Then I’ll see where this takes me.

I’m starting with these beauties from Pear Tree Greetings. 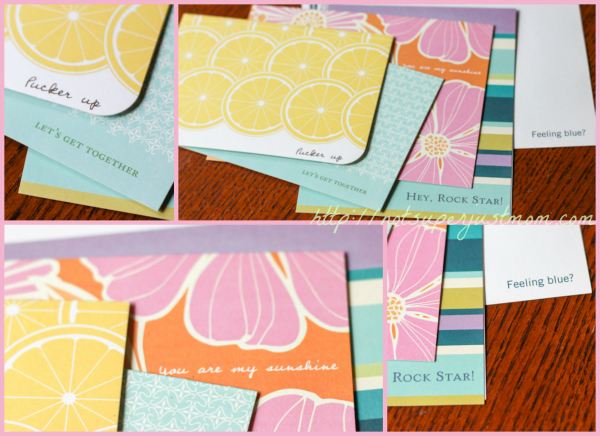 I have two little samplers, each with five cards. For the next 10 weeks, I’m set.

After that I have a mountain of stationery in my closet that will easily carry me through the remainder of this year. (Nope. That’s not an exaggeration. I’m kind of a stationery hoarder.)

None of it, however, is as beautiful and rich as these cards from Pear Tree. They’re so bright and cheery and pretty I almost want to frame them, but that doesn’t help my stationery hoarding. Sharing is caring, right?

Even though I’m okay going this alone, I’m issuing a challenge. One I know you’re all ready and willing to accept, RIGHT?

Write letters, y’all. It’s as simple as that. Drop a note in the mail and be unexpected.

If you’re in the market for some fantastic new stationery, you can save 20% on any purchase at Pear Tree Greetings during their Christmas in July sale with the code Christmas20.

I haven't written. Real letter in years. I think the last time I wrote one was in 1971! I don't know if I remember how.

This is a great idea. I would love to exchange addresses with you.

I wish people still wrote letters. I was a HUGE fan of writing and receiving letters. I even had a few pen pals that I never ever met. What great idea!

It's just...sometimes I wonder why we stopped. Who doesn't love getting a letter in the mail, you know? So, let's send some letters.