Joshua is kind of obsessed with super heroes. And by “kind of” obsessed, I mean super heroes hang the moon.

It started with Spider-man and some books. He’d walk around the house shooting webs from his arms or pretending to be J. Jonah Jameson.

Then he found Superhero Squad on Netflix.

Since then, I’ve spent days answering to “Ironman” instead of “Mama” and calling him whichever super hero he’s pretending to be at the moment.

Lately, his favorite has been Captain America.

While straightening up for Thanksgiving, I found the bag I stuffed his Halloween costume in after we trick-or-treated and put it in the toy box. Within minutes, he was asking to put on the gloves. Then the whole outfit. He wore it almost all day on Wednesday. Then he got up and asked to put it on again on Thursday. And again this morning.

His incentive for taking a nap today was a trip to the park and while I was changing Emma’s diaper so we could go, he asked if he could take his costume with him.

Well, of course. What better place to be a super hero than the playground?

When we got into the parking lot and I was putting him into his costume, I had a brief pang of “what if kids make fun of him?” and I dismissed it, vowing to clothesline anyone who dared make fun of him, adult or otherwise.

I want him to enjoy it with the unbridled enthusiasm that IS childhood. I never want him to feel ashamed or afraid to be who he is, even if that happens to be a super hero with stuffed muscles.

My fears were unfounded. And I think I’ve never seen him have as much fun at the playground as he had today.

My Mama Heart is full to have seen him so happy. 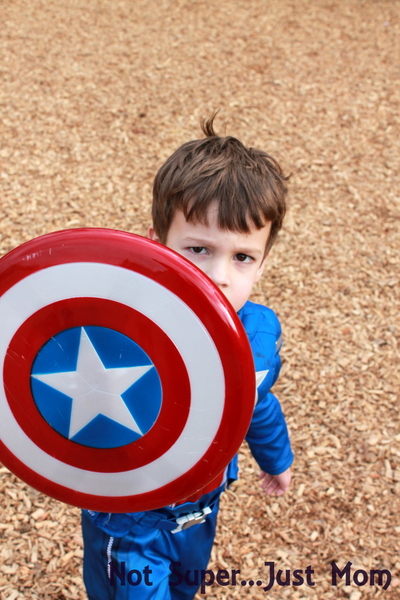 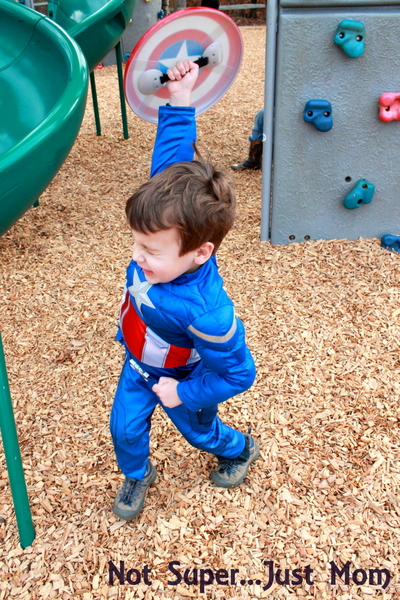 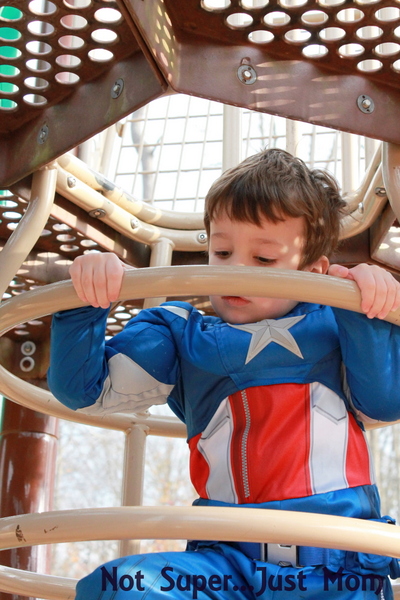 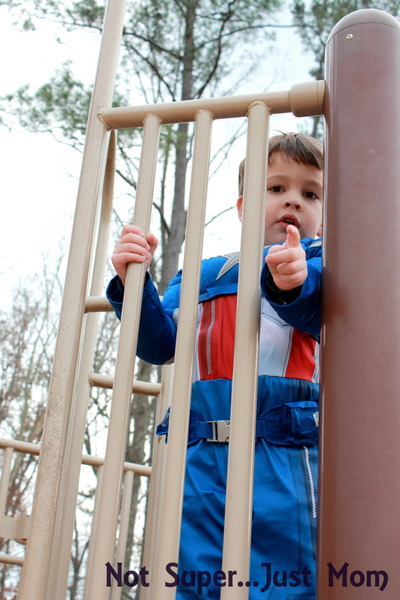 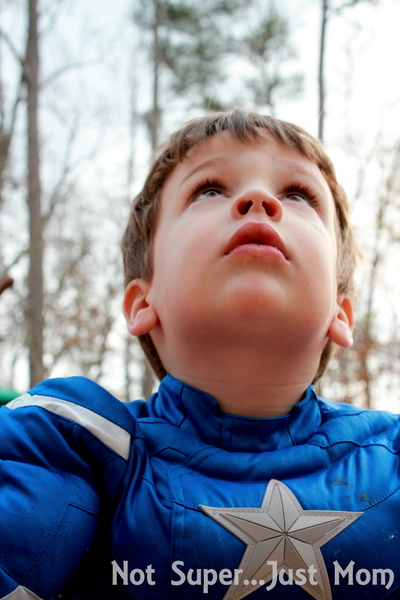 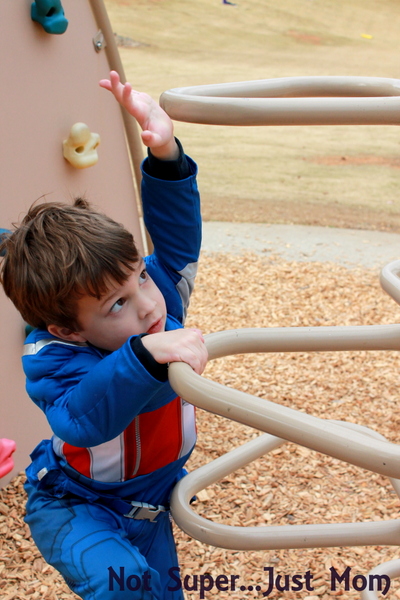 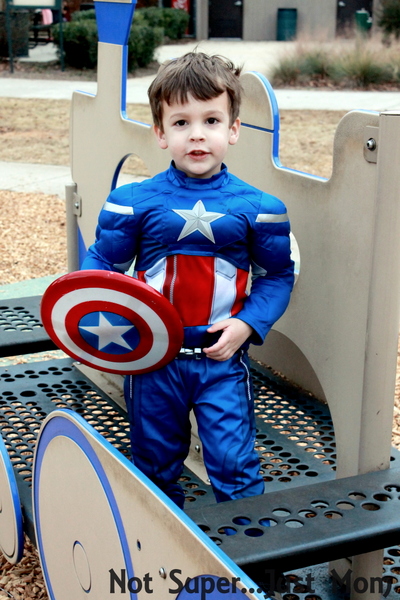 Haha that sounds like my house. I don't know how many times a day we hear " I spiderman, you iron man, lets fight!"

It's all superheroes, all the time here. It's fun.

so incredibly cute! santa brings clearance halloween costumes to my kids as "dress up" so we a have a lot of going out in public in outfits. glad you both enjoyed your trip to the park. :)

I wish I'd thought to snap some up. He's getting to the point where he really loves imagination play like this.