October is a busy month. There are pumpkins to be chosen and apples to be picked and only a few hours (literally) to do the choosing and picking. So we took one weekend and did both things.

I finally decided, at the urging of some of the most kick-ass ladies I know (Alena, Jill, Mandy, and Suzanne), to just switch the camera to manual and go for it. So that’s what I did. I’m still shooting with the ISO in auto because I’m not fast enough yet to change it, but I manually set the aperture and shutter speed and felt kind of like a bad ass. Which is maybe unfounded, but whatever. It’s the little things, right?

After 330 pictures, I’m happy to report that not all of them sucked. And some of them were even good. Like the 20 I’m about to bombard you with right now. 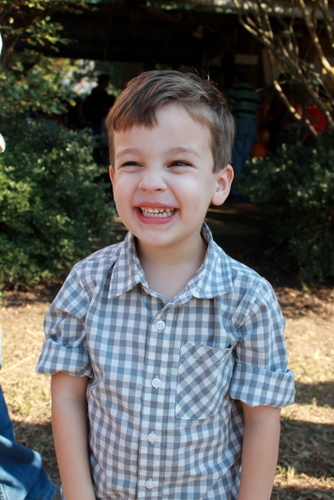 The rare decent smile. As rare as seeing a buffalo in the middle of the interstate. 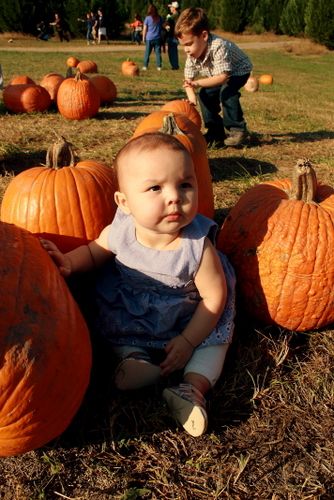 This is almost the only picture of Emma from the entire pumpkin patch where her face is showing. She was entirely too interested in her shoes to bother looking at the camera. Or me for that matter.

She was also interested in the pumpkin stem. But not the camera. Never the camera. 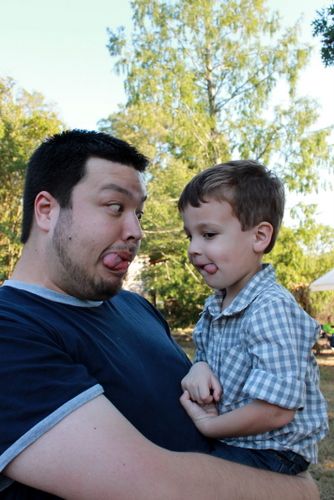 OH THE HORROR when we washed the bat off his face. 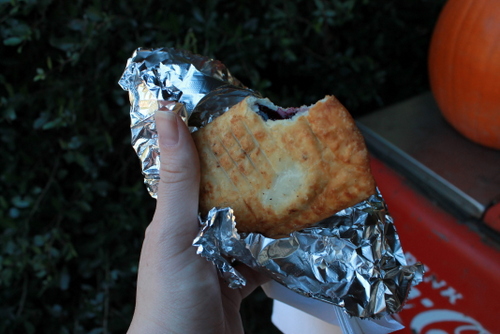 Fried blueberry pie. Maybe even with blueberries straight from the patch. 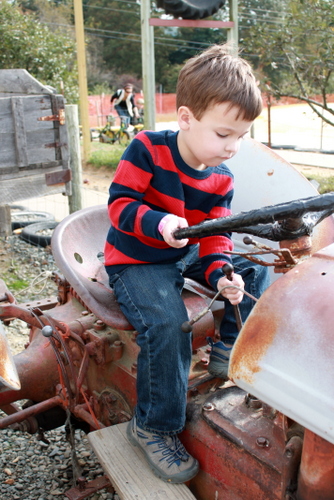 He’s never been as obsessed with tractors as he was on Sunday. Ever. In his three years of life.

There was a tricycle track there. He kept pulling over every time the kids going faster than him came up behind him. He’s maybe 90 instead of 3. 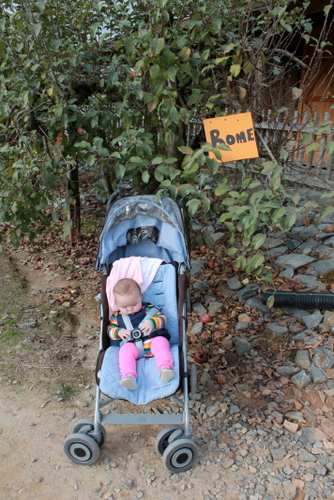 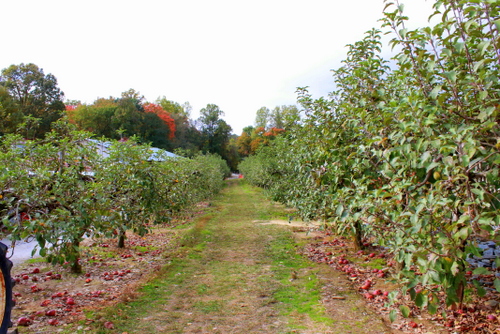 Part of the orchard. Also, I feel like the earth should ALWAYS be the colors of fall. Always. 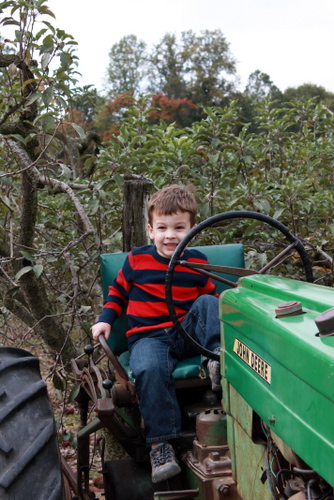 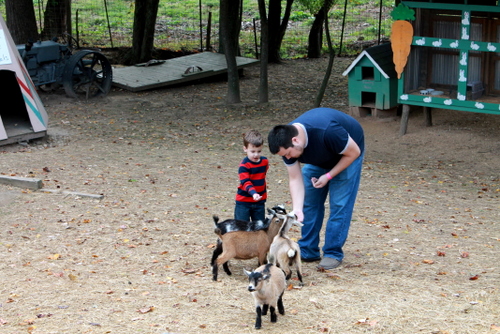 I’m finding more and more lately that the only animals in petting “zoos” are goats. 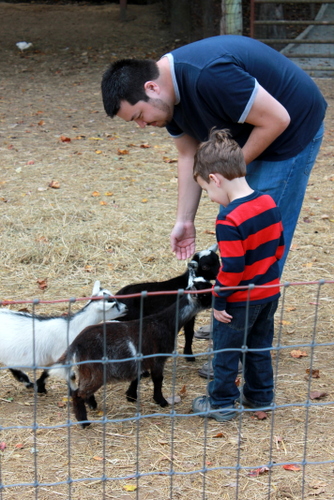 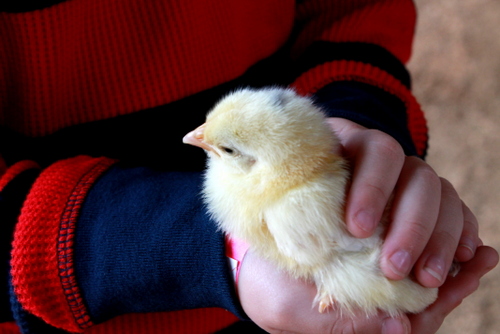 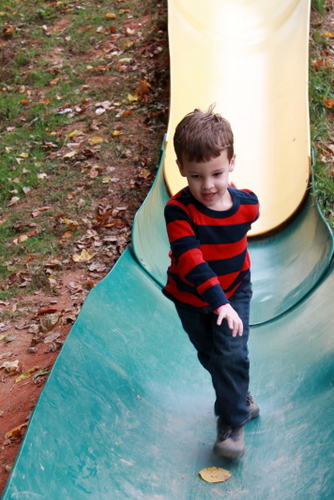 I think the slides were his favorite part. They were also my biggest challenge in photographing in manual, but I know that in auto, I never would’ve gotten decent shots of him at the slides. 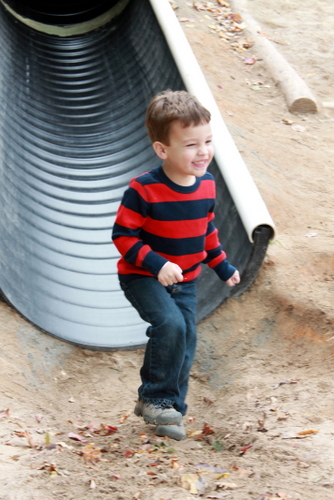 Even better-ish than the last slide picture! 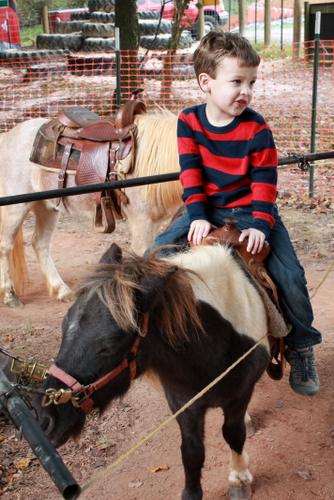 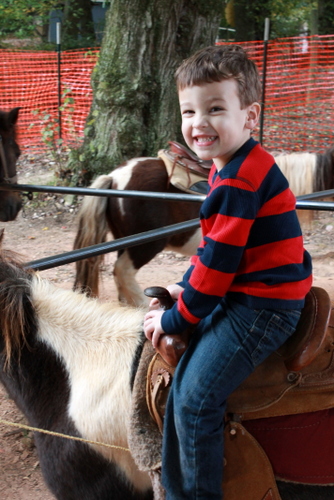 One of maybe 2 photos where he was actually looking at me while riding the pony. :/ 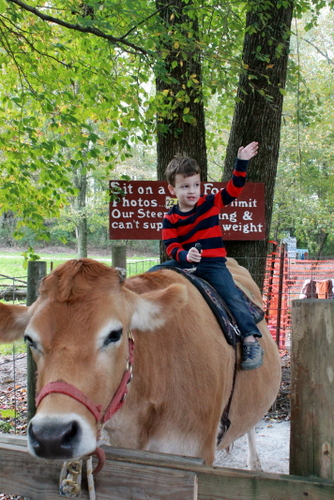 Eight seconds is such a long time, right? Except not. But then yes?

And that’s it. I shot in manual. I’m conquering my fear. Also, I didn’t get a single picture of an apple except for the few apples that were on the ground and they looked gross (the apples) so I’m not showing them to you. But we did buy some Pink Lady apples (that were trucked in from North Carolina) and they are delicious. DE.LI.CIOUS.

See, I am the opposite. I mastered ISO first and then got skerd of the others. But all summer I have been shooting in M and LOVE it! :)

Ok, I shouldn't say "mastered". I am FAR from "mastered" at anything on my DSLR, but the ISO and Fstop were my first things that I was comfy with. Shutter speed was the skerriest.

I wish my mom did fun stuff like this with me! Awesome pictures!

You should link up over at Fancy Little Things! I am hosting a photo challenge right now for this VERY thing-- getting out of your comfort zone. There may or may not be a prize for a randomly drawn participant! http://www.fancylittlethings.com/2012/10/fancy-little-things-photo-challenge-linkup/

MANUAL. You got this!

I'm trying. I will eventually kick its ass.

I want to ride a cow. That looks awesome.

Ha! He was kind of...aloof? about riding the cow. It was funny.