So, Emma turned 5 months old on Sunday. I had to paint her onesie that morning while Joshua sang “Secret Agent Oso” songs to himself over the monitor and I’m three days late in posting this update. It sucks to be the second child, apparently. 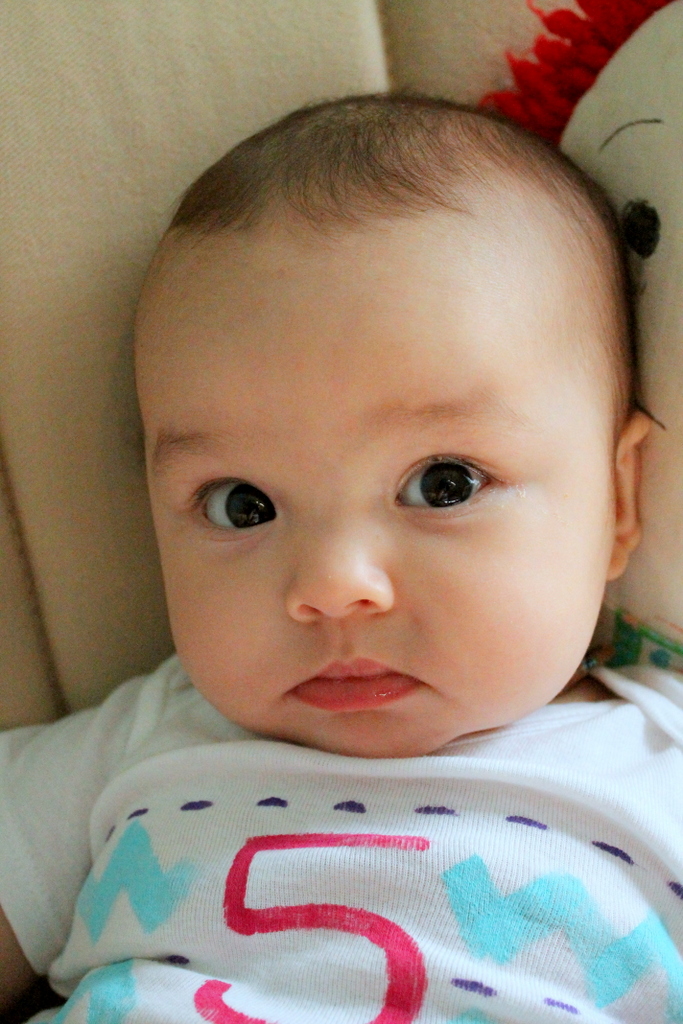 Darling! Have you ever read Moms On Call? They are local (www.momsoncall.com) and they saved my life! I would give them a kidney if they asked... I'm not paid by them I just love LOVE them. Good luck!

I haven't read Moms On Call, but now I'm off to Google! Thanks!

Adorable!! She's such a pretty baby. And also, thanks for nothing - I now have the Secret Agent Oso song in my head. LOL!

Thanks! And you're welcome for the Oso! :)