It’s hard to believe it’s already been a month since we welcomed sweet Emma to our family.

I love the way Joshua asks “Can I kiss her?” and points out how small her feet are.

I love how in love with her Dan is.

At one month old, Emma: 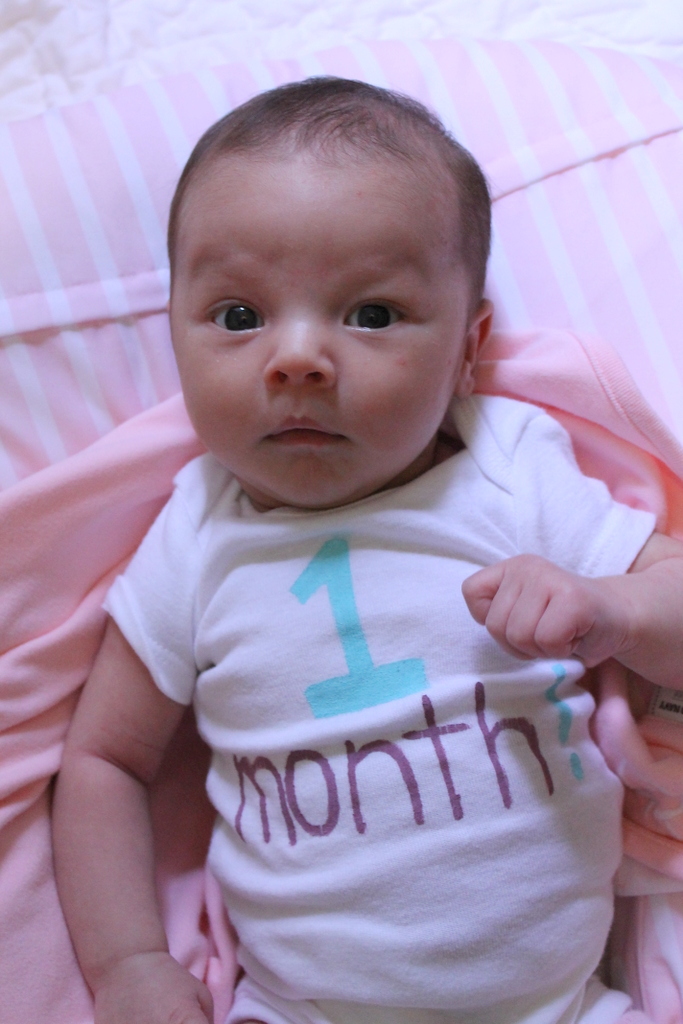 Hey guys! Glad you liked this week’s episode as much as I did!

@Mladen–An episode can be awesome and not be perfect. That’s why it got a 4. I liked “You Don’t Know You’re Beautiful” better than “Dinosaur,” actually. “Dinosaur” made me think the only reason the theme was Dinosaurs was so Brittany could sing that song, which makes me a little grumpy. Pick songs that fit the story; don’t write the story to fit the songs.

@Sky–Finn IS a nice guy, deep down. I don’t think he would’ve assaulted Quinn, nor do I think his attempt to force her to stand up bordered on it. She was out of line by garnering the sympathy vote when she knew it was a lie and he called her on it and tried to make her stand like he knew she could. Was it right? No, maybe not. But neither was Quinn.

Everyone regressing to shades of their former selves was nice, too, because these are supposed to be high school kids on the brink of graduation. It makes sense to me that they’d go backward just a little right at a time when they’re supposed to go forward, out of fear or uncertainty or just plain immaturity. I bought it.

She is absolutely precious. Love.

Dang you make cute babies! Look at how gorgeous she is!

Yeah, she's pretty freaking adorable. I love to smoosh on her.

She is so beautiful!

She totally is. A snuggle-bug sweetheart.