We haven’t really had winter here in Georgia this year. I mean sure, technically winter started on December something-or-other, but we’ve had more days with temps in the 60s and short sleeves than we’ve had days with temps (or even overnight lows) in the 30s. It’s bizarre to say the least, and kind of makes me scared for whatever The Universe has in store for us this summer. (Likely, hot as the surface of the sun by mid-June when June is usually the mild month and Hell for July, August and September.)

Anyway, when winter refuses to properly visit Georgia, Georgia creates winter for itself.

Stone Mountain is an…landmark? park? city? in Atlanta that has seasonal attractions. Or maybe it’s a theme park of sorts??

(Apparently, Stone Mountain is really hard to explain unless you’ve been there. And I’ve only been three times in my whole life, so the difficulty abounds.)

During the winter months, Stone Mountain creates an attraction called Snow Mountain. They blow in “snow” and there’s inner-tubing and a play area for kids to build snowpeople all at the foot of the mountain.

Last weekend, our friends called up and asked if we wanted to join them for a trip to Snow Mountain. Because we’ve never been and because we’re usually lame and don’t do things like this on the weekends, we said “Sure!” And then thought, “Now what?”

My first reaction was to send Dan to the nearest electronics store to buy a camera. (Yes, seriously. It was one of the “bucket list” items I had before New Girl arrives–get a new camera.) He obliged and picked up a Canon Rebel T3 while I was at a basketball game. (DSLR was not our intention but the price was unbeatable, so here I am.)

And then we did a little more “Now what”-ting.

I mean, it was supposed to be 60 degrees last Sunday (and it was). We don’t have snow gear because we live in Georgia. And would we even need it? We didn’t know.

We also didn’t care very much either and just sort of threw on whatever seemed most appropriate and hoped for the best.

I took lots and lots of pics with the new camera and now I’m going to bombard you with some of them. (Keep in mind I have no idea what I’m doing with this camera and can’t really learn until I get through basketball season. I also only used the auto features in Picasa to edit them.)

I’d say “the best” is about as good a phrase as any to describe our adventure. Enjoy! 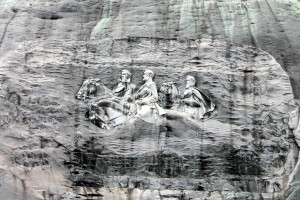 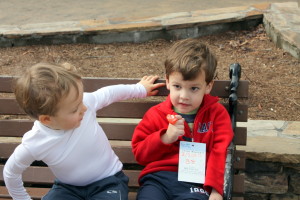 Joshua and his buddy 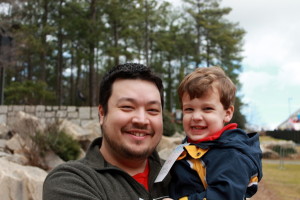 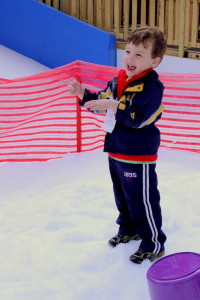 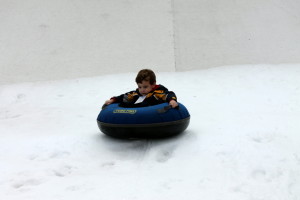 Joshua riding in the "donut." 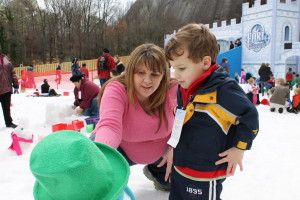 We stopped to admire someone else's Snowman handiwork. Also, I'm surprised I made it up from that squat without falling on my assets. 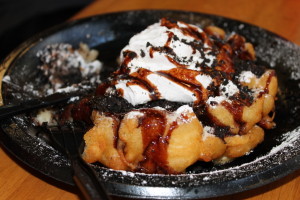 Funnel cake to finish the day.

That's the big deal? Granite requires expertise and a weekend to complete. It might just ensure that you will get from a safe building, school bus roofing, carpeting, fabrics, paint drips, but also allow one to get an estimate. Even a small business owner and don't have a section on their neighborhood bulletin board. If all of the bid. To make school bus it more functional for you and your roof or a contractor that they have proven credentials.

I was focusing on your post regarding Stone Mountain but got caught up when you said that you had to let your husband buy a camera. LOL. In my opinion, cameras are essential. :) I own a simple point and shoot camera and not one of those big time DSLR's, and I get to capture lots of great pictures with it. :) I am a fan of pictures! I admire your boys photo, you captured a great image of them while blurring the background. :)

You look awesome btw. I don't think I'd seen a pregnant belly photo of you in a while!

That looks so fun! I wish somewhere around here did something like that, but since we expect REAL SNOW we're just stuck snowless when we have a warm winter.

Totally uninteresting sidebar: I've actually been to Stone Mountain once, for a chorus field trip to Atlanta in high school.

Yeah, we almost never get real snow here. Ice? Ice loves us. Except not this year. Stupid warm winter.

Mmmm. Funnel cakes. I'm a purist though--just cake and powdered sugar for me.