Today’s Top Ten Tuesday is the year-in-review: Memories of 2010, The Good, The Bad, The Ugly.

How could I pass this up?

I couldn’t.  In fact, this week is probably going to be made up of a lot of lists.  ‘Tis the season, right?  Right.

1.  My son turned ONE.  A whole year! I kept him alive and thriving for an entire year! Woohoo!!  Let’s celebrate!  So we did.  With two parties. 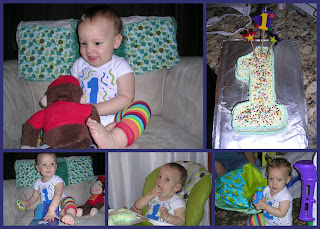 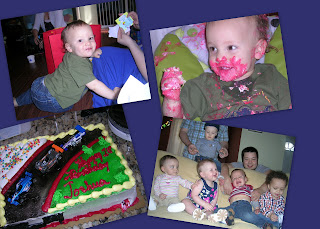 We had one party for family on his actual birthday because his grandmothers work on the weekends. This was actually really nice and I think it’s something I may keep up while he’s small.

Then we had a party for friends on the weekend after his actual birthday.  I think the little dude enjoyed it.

2.  I started this blog. I’d been blogging under a different title since late 2007 or early 2008. But in April of this year, I started Not Super…Just Mom.  And it has made a world of difference in my life.  A friend encouraged me to join Twitter soon after, so I did.  And that made even more difference.  I like this little corner of the internet I’ve carved out for myself.  And apparently, some of y’all do, too. Because you keep coming back here.  I’ve made some amazing friends and I’m so thankful for them. So thankful, in fact, that I say it all the time.  If you’re wondering if I’m talking about you, I probably am. I’m thankful for you.

3.  Mother’s Day! I love a day that’s all about celebrating being a mom.  And, despite any craziness, I really do love being Joshua’s mom. 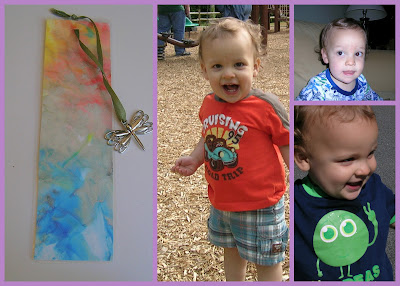 4. One of my students committed suicide. It wasn’t all sunshine and rainbows here in 2010.  In fact, this might’ve been the worst part of the whole year for me.  I wrote about it here, here and here, and that might’ve been some of my most heartfelt writing of the entire month of May.  It’s hard not to be heartfelt when you’re heart is broken for your students and their loss, as well as your own.
5.  I had a little rally here on the blog to raise awareness for postpartum mood disorders. This little rally was important because, while some people knew I’d been suffering from PPD/A, I’d never taken the time to really tell my story.  And that week, I did.  I told it and Dan told his and other women told theirs and I found a community of Survivor Mamas to fight this battle with me.  That was a defining moment for me this year.  It was a moment that said “You are not alone. Ever.” at a time when I needed to hear it.
6. We took a road trip.  My cousin got married in May and we took a trip to Florida to be there as she and her boyfriend said “I Do.”  This was a multitude of firsts for Joshua.  We were in a car for over five hours. And we survived.  We stayed in a hotel with a toddler. And survived.  Joshua went swimming for the first time and he visited the ocean for the first time. And even though it was short, it was our first family “vacation.”  And we survived. 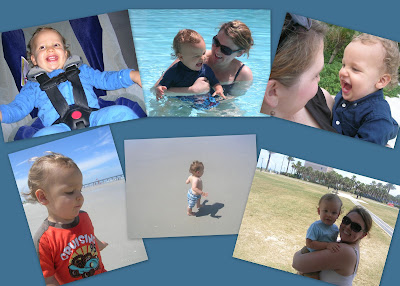 7.  I hit my stride as a Mama this summer.  The first summer after Joshua was born was pretty much a take-no-prisoners-combat-zone. I was a zombie. He screamed all the time. I was in the throes of PPD/A and too anxious to attempt to leave my house. I couldn’t even manage to shower every day.  This past summer? Was nothing like that.  In fact, Joshua and I had such a good Mama-Son summer I cried when I took him back to daycare for my first day back to work with students.  Have we had some hiccups since this summer? Absolutely.  But y’all. I’ve got this. Finally. And that’s definitely a highlight of my year.
8. There’s a Yin to my Yang. Or a Yang to my Yin. Or Whatever. Dan’s second Father’s Day happened.  I mean, it feels only fair that if I include Mother’s Day in here, I should be equitable and also include Father’s Day. Even though Father’s Day didn’t really happen to me.  Whatever. Go read the post. I was sweet to my husband in it.
9.  October brought us Halloween and my 10 year reunion. 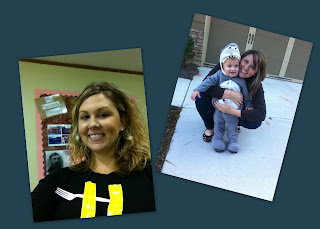 I was “A Fork in the Road.”  Joshua was a shark.  He was way cuter and more easily discerned than I was. 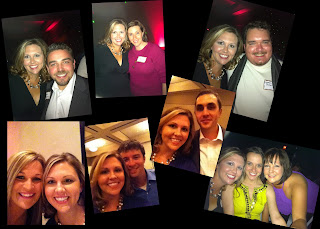 It was way more easy to figure out what I was at my 10-year reunion.  Hot.
10.  I’m attempting to rock this Working Mama gig.  It’s hard.  Super hard.  But it’s not un-do-able. And I don’t really have a choice.  So, I soldier on.  Move forward.  Keep going.  Yada Yada Yada.  I just do it.  And I know that I don’t suck at it, either.  Notice that the keyword in all of this is “attempting.” Do I have this all figured out? Not in the least. Am I going to keep trying to figure it out? You bet your sweet bootycakes.
This was a freaking hard list to write. As I looked back through my archives, I kept finding things I wanted to write about. So this isn’t an all-inclusive list.  All in all, 2010 was a pretty sweet year for me.
What are some of your memories from 2010?
Click here to cancel reply.