I’ve seen this done on several blogs in my blogroll today and, being the lemming that I am, decided to follow suit.  (Although, I read somewhere that lemmings don’t really march off the cliff after one another…hmmmm…must google that…)

First of all, it’s weird for me to think of today as the start of a new decade because I was taught to start counting at 1.  Not 0.  So I feel like the new decade shouldn’t start until next year.  This should be the close to the previous decade.  But I’m assured that’s not how it works.  And when I asked Dan about this, he told me I should ask Jesus since He’s responsible for “year zero.”  That’ll certainly go on my list of things to ask when I meet my maker, along with “why does my dog eat plastic?” and “why do grown women like the Jonas Brothers?”

Anyway, ten years ago, I was a senior in high school.  And on New Years Day in 2000, I was working at Sears.  Yep.  I rang in the new millenium by ringing up ugly women’s dresses.  I remember being an hour late to work because I overslept (no, I was not drunk or hungover or under the influence of any illegal substance.  I was a good egg!).

That year, I started dating the person I thought I’d marry and spend the rest of my life with (and he turned out to be a cheater-cheater-pumpkin eater so I’m glad that fell through!) and I graduated high school. I got accepted to UGA and postponed my enrollment because of the cheater (a decision which I both regret and for which I am glad). I also started working at the bank.  2000 was quite a tumultuous year for me.

In 2001, I moved to Athens to live with my bestie Gina.  I had nothing there other than her and my job.  I was miserable.  She was my only friend.  And making friends is HARD when you get older.  HARD, I tell you.  Because I couldn’t transfer to UGA because I’d started taking classes at a local community college, I enrolled at Athens Tech.  (College #2)

In 2002, I don’t really remember much of this year aside from the fact that I was still miserable in Athens and driving home almost every weekend.  I got two speeding tickets that year, the first of which I plead No Lo Contendre to and the second of which I got out of by writing an essay on why I shouldn’t speed.  Yes, I’m serious.  I also started Truett-McConnell College that summer (College #3, for those of you keeping track!)

In 2003, I finally made some friends in Athens!  WOOT!!  And I bought a townhouse.  All on my own, at 21 years old. I also finally made it back into UGA after continually getting screwed by the admissions office.  (College #4!)  Double WOOT!  That’s really all that happened in 2003.  Oh, and I pledged a local sorority.  (This is important only because of what happened in 2004.)

In 2004, I MET DAN!  YES!!  THE LOVE OF MY LIFE!!  And I met him in a bar!  Seriously.  And we gave him and his friend a ride home and he hit on my roommate the entire way back to that apartment.  And when he asked for our number, she gave him mine and I said “But you won’t call…guys never do” and he stole a kiss through the window (he’d had a few vodka tonics.  This is WAY out of character for him, and anyone who knows him will attest to that fact!) and then, y’all, he CALLED.  At 4:00 a.m.  Two weeks later, we went on our first date and second dates (only about 6 hours apart!) and we’ve been together ever since.  I was also accepted into UGA’s College of Education.  I’d say that was pretty monumental.

In 2005, I quit my job at the bank, we got engaged, and I lost 30 pounds from the stress of planning a wedding while student teaching and NOT WORKING.  (I’d had a job since I was 16!  That was QUITE a new experience for me!)

In 2006, I found a job at a school that I love, graduated college and two weeks later, we got married.  And then I had the longest, most boring summer of my life.  I had nothing to do.  I was living in a new place.  I had no friends.  It felt like 2001 all over again except I was married and sort of responsible for cooking and cleaning and laundry.  And then fall rolled around and I started teaching.  And I realized that I am truly doing what I’m called to do.

In 2007, I finished my first year of teaching and started my Master’s degree.  That’s pretty much all that I can remember happening in 2007.  I don’t know if I’m happy or sad about that.

In 2008, we decided to start a family, I started blogging, and then I got my diagnosis with PCOS.  I was really broken hearted, and then I got this and wrote this and spent the rest of the year in a panic attack that I was going to becomea mom.  The neurosis set in early with me. I also graduated from my Master’s program. 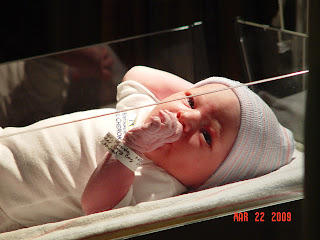 I’d say 2009 has been my best year yet.  It’s hard to think about how far I’ve come in 10 years.  I’m glad I’ve made the changes I’ve made and I’m glad I’ve become the person I’ve become, neuroses and all.
Here’s hoping the next ten years are just as full!
Click here to cancel reply.

Saw your blog on 20sb. Our sons are around the same age!

Wow! Sounds like you had an interesting decade. I'm with Alison, I can barely remember what I was doing yesterday, either. :D

Way to go for remembering all of that! I can't even remember what I did yesterday, which is a huge reason why I blog! Best wishes in 2010!

Stopping by from SITS! What a great way to meet you and your blog! Good post :D

What a great post! Sounds like the last 10 years have been great...like most, they had their ups and down, but all in all, they were amazing! Here's to the next 10 being just as amazing if not better. Happy New Year. :-)