Guys. YOU GUYS! It’s summer! (Unofficially, but whatever. I live in Georgia. Summer starts in April and lasts until October.) 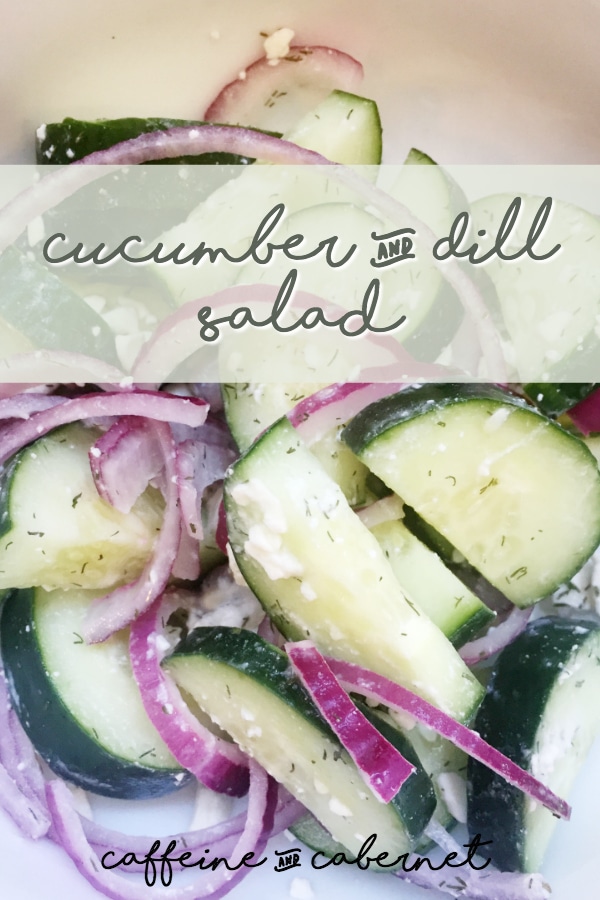 Growing up in the South, it’s not uncommon for there to be a plate of fresh sliced vegetables in the middle of the dining table. Tomatoes, cucumbers, and onions were staples on my grandparents’ table.

I don’t love raw tomatoes, and raw onions are a taste I’ve acquired in adulthood. But cucumbers? I’ve always loved cucumbers. I threw this cucumber dill salad together last summer and meant to share this then but, you know, life and also I was too busy eating it to talk about it.

Sunday we had some neighbors over for brunch and the Monaco Grand Prix and when I was going through the grocery store, I decided last minute to toss this together. 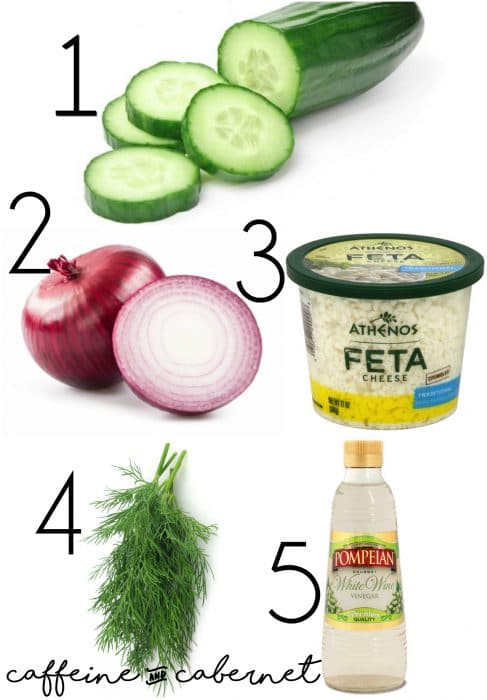 Cucumber Dill Salad is what your picnic is missing, and it’s so simple to make. The flavors are so bright, people will think you spent a lot more than 10 minutes because it seems so much more complex than it is.

You need 3 cucumbers, a red onion, some crumbled Feta, dill (fresh or dried), and white wine vinegar. (This post is not sponsored, but Athenos and Pompeian do make great products). You’ll also need a little salt and pepper to taste.

I dice or half-moon my cucumbers based on their size. Depending on how much liquid is in them, I’ll seed them before throwing them into the salad. Thinly slice the red onion into half-moons and put them into a bowl with the cucumbers. Sprinkle with dill and salt/pepper, to taste. Add 1/2 to 3/4 cup Feta and toss it all together. Shake 1/2 cup white wine vinegar over the veggies and toss them all together.

You can serve this right away, or make it in advance and let the flavors marry in the fridge. I like to make a big batch of cucumber dill salad once a week and eat it with lunch over the next few days. It’s so easy and cheap and delicious. It makes my super common lunchtime ham and cheese sandwich seem fancy. 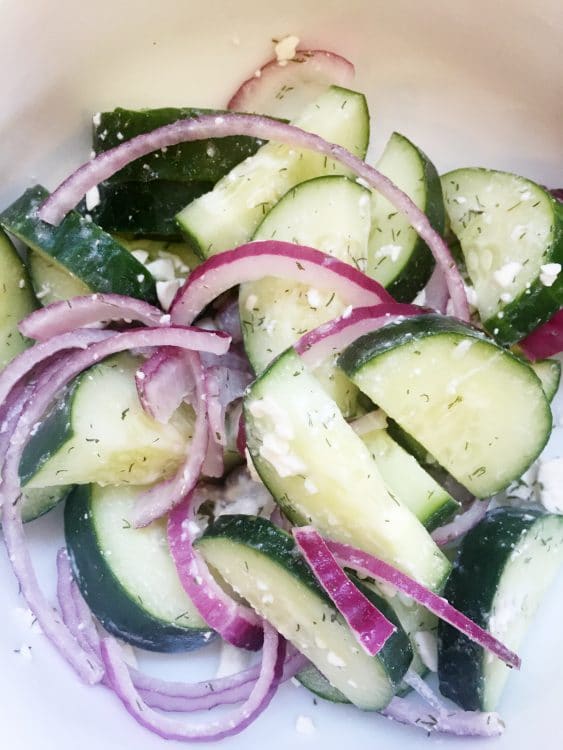 Wash and dry produce. Dice or slice cucumbers into bite-sized pieces. Thinly slice onion and add to cumbers. Sprinkle with dill. Toss in the Feta crumbles. Pour in vinegar, being sure to dump it over all the veggies, and mix to combine. Add salt and pepper to taste, plus more dill if you want.

Serve right away or chill and serve. Enjoy!

If you like this recipe, please Pin It! What’s your favorite summer salad?