If you’ve been around here for very long, you know I read Mockingjay to pass my labor with Emma. And then I may have cried while watching both The Hunger Games and Catching Fire on the big (and small) screens. (Okay, so yes, I cried.)

So when I got the opportunity to go on the Hunger Games Unofficial Fan Tours this past weekend, I couldn’t volunteer as tribute quickly enough. 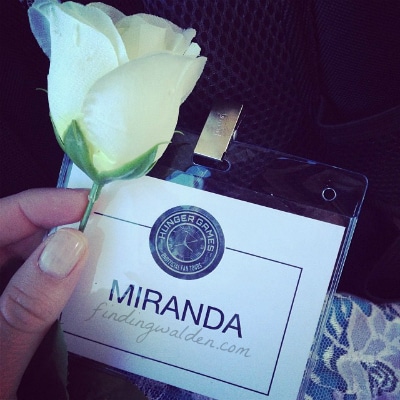 Atlanta has become quite a hotbed of filmmaking activity, routinely enticing blockbuster hits and small movies, as well as television shows, to film here. Most of Catching Fire was filmed in and around Atlanta, 30 minutes to an hour from my house. An offshoot of the movie industry setting up shop here is the movie tour industry is thriving.

Enter Hunger Games Unofficial Fan Tours and companies like Atlanta Movie Tours who spend their Saturdays taking fans on tours of shooting locations and loading them with fun facts about the films, interactive reenactment opportunities, and other special surprises along the way.

We started at The Goat Farm, which was the site of District 12 in Catching Fire. We had our own Reaping with Leigh, one of the coordinators, as our stand-in Effie Trinket.

Doesn’t she look marvelous in this butterfly fascinator? 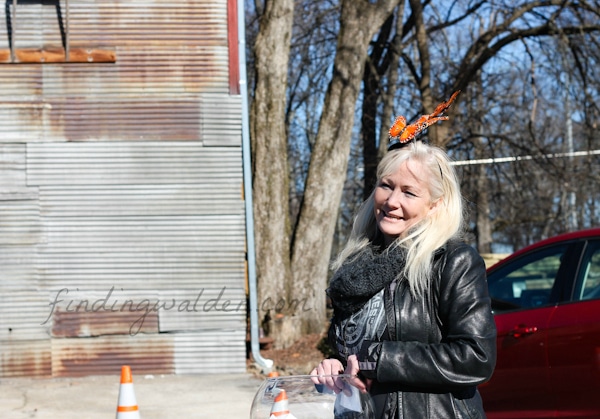 Other sites along the way included the Swan House, which served as President Snow’s mansion.

This was a particularly interesting stop because not only is this house gorgeous and part of the film, but it’s also a piece of Atlanta history. Learn more about the movie and this amazing city all at once? Cool. Sounds good to me.

Because the tour was all day, we were fed Hunger Games-inspired foods while we traveled to our third stop. Check out my Instagram for those, but there’s one item in particular which might become a new obsession of mine. Lunch was one of my favorite parts not because it was delicious and I was starving but because of the detail and care that went into planning it.

Leigh and Tammy really made sure to throw their love of the stories into the lunch and other moments of downtime.

Our final stop was the home of the Cornucopia and part of the Arena. (Part of the Arena scenes were also filmed in Hawai’i. Unfortunately, you do not get to go to Hawai’i on the Hunger Games Unofficial Fan Tours.)

Tammy, the other coordinator, gave us an archery lesson. I made it through the target 3 times. I would probably not survive in the Arena unless sarcasm is a life-saving skill. 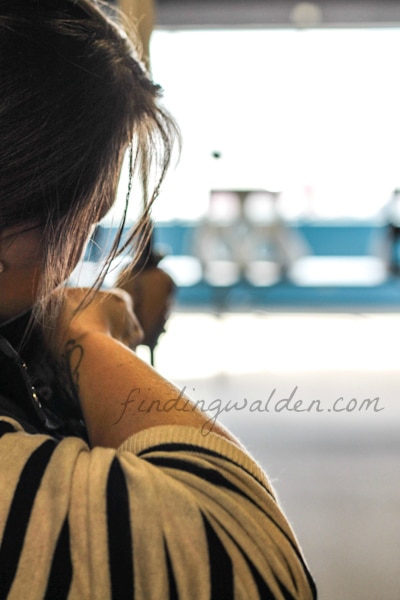 As a fan of film and television, and as a huge fan of The Hunger Games trilogy, this was a really cool experience. I came home with some fascinating tidbits about the movies and some neat souvenirs, like this piece of coal which was trucked in to Atlanta in order to make the Goat Farm look like District 12. 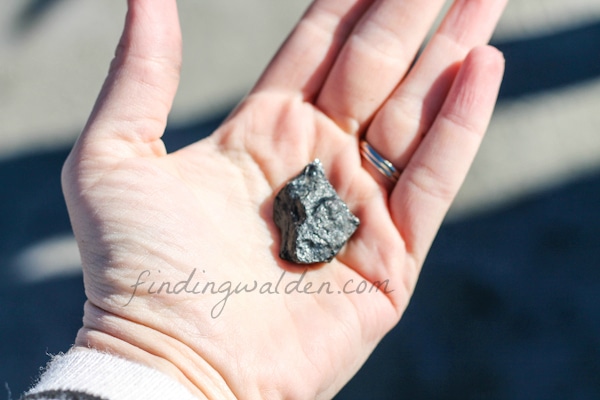 WHAT IF JENNIFER LAWRENCE TOUCHED THIS!? Or Liam Hemsworth!? Or Josh Hutcherson!? Or even just a random extra who was IN THE FILM WITH THEM?

This was a really fun outing. Hunger Games Unofficial Fan Tours also run in Dupont State Recreational Forest, home of the first Arena, and Henry River Mill Village, home of the first District 12. Leigh and Tammy will pump you full of tidbits and share their love of The Hunger Games through every aspect of the tour, all the way down to the emails they send to confirm your trip.

It’s really the attention to detail that set the event apart from what some tours like this could. Instead of just being a tour, it was a fan experience.

There’s a Katniss lookalike, scenes are reenacted along the way, and it’s just clear that these women really love what they’re doing. So if you’re a Hunger Games fan looking for a fun day, check it out. They’re also doing full-weekend immersions where participants will spend the weekend living like a Tribute who has been Reaped for the Games.

You can also check out what Atlanta Movie Tours has to offer. One word: Zombies.

I was given one ticket to The Hunger Games Unofficial Fan Tours. I was asked to write about my experience with the tour, so here it is. As always, my opinion is my own.

Well, darn! I had no idea the Swan House was in the movie. I just had lunch there a few months ago!

I am beyond jealous and you can always continue your tour to Hawaii by visiting me!! ;)