It’s possible I’m writing this post from the afterlife right now and you’ll see why in just a minute.

The conclusion of my whirlwind vampire-driven weekend has come and gone. Tonight I worked the red carpet at The Vampire Diaries 100th episode celebration, interviewing cast members, former cast members, producers, and writers from both TVD and The Originals.

Never wear heels on the red carpet. Trust me on this. My toes are still numb.

Space was tight for press, so my videographer’s assistant got a crash course in photography and then I sent her on her merry way to take as many photos as she could of everything she could see. Then I waited as person after person stood in front of me for an interview. 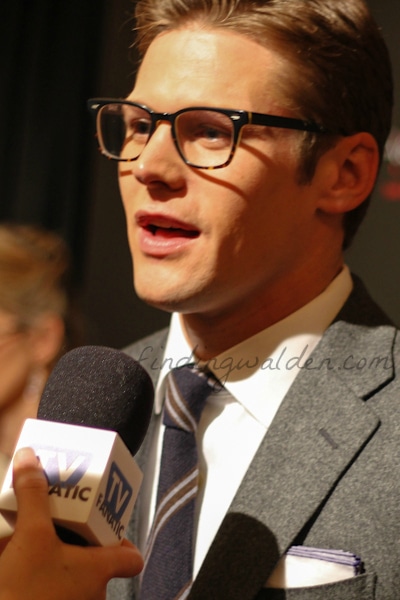 Zach Roerig was my first interview of the evening. He greeted me with “It’s nice to see you again!” which made me feel like perhaps he remembered me from Thursday which instantly boosted my will to see Matt Donovan make it to the end of this series. 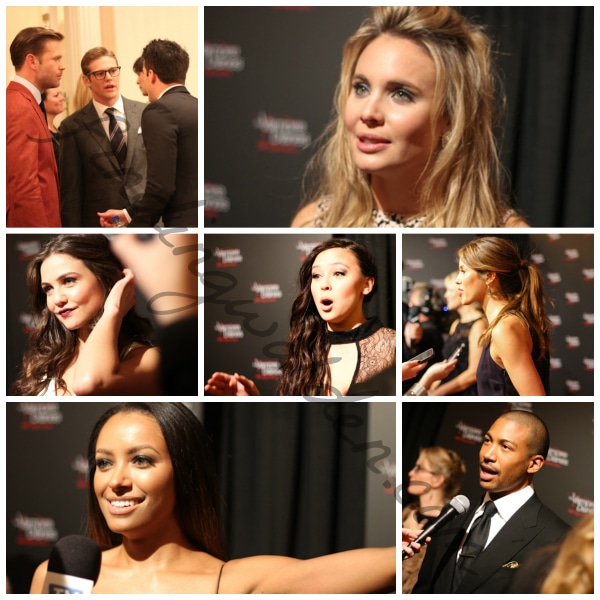 Interviewing and seeing all of those people up there was sort of a blur. I did it. But I don’t remember a lot of what they had to say. Except Kayla Ewell’s favorite Vicki Donovan moment was when Damon turned her into a vampire and she danced around in her underwear. (That was also Ian Somerhalder’s favorite moment from the first 100 episodes.)

While I was interviewing Kat Graham, Paul Wesley was being interviewed next to her. She just reached over and grabbed his hand in the middle of the interview and suddenly they were holding hands and talking to one another and sort of doing a joint interview about how close the cast is. It was funny and also awkward. But mostly funny.

Daniel Gillies decided he’d answered enough questions, so when he got to my spot and I asked my first question, he grabbed the microphone and said he was going to interview me. I feel like it’s possible that none of the footage is usable, but this happened. So, you know, I’m dead now from this.

I said something about having watched Saving Hope, the other show on which he’s a lead character, and he thanked me by spinning me around toward the cameras and kissing me on the cheek. And I made that RIDICULOUS fangirl face again because OMG DANIEL GILLIES.

When I asked Paul Wesley my first question, he said he didn’t want to answer it because he’d been asked the same question five times and he didn’t want to seem like he was giving a canned answer. That was fair enough, I guess, but it threw me off my game a little. 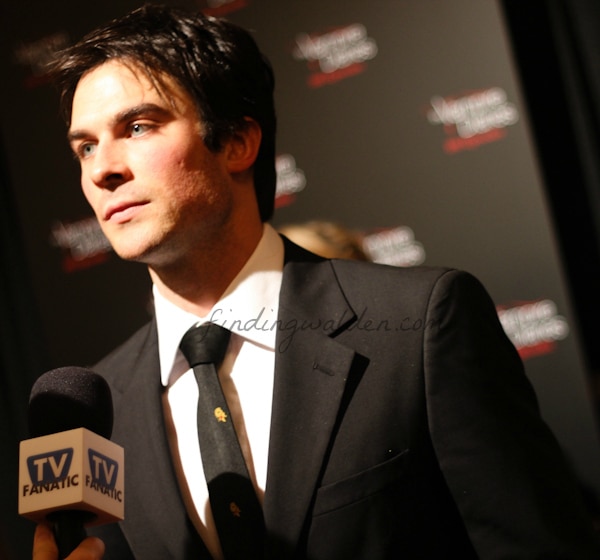 Then this guy walked over and made it better. Ian Somerhalder, ladies and gentlemen. Talking to me. He only had time for 2 questions, which in typical Ian fashion took around 5 minutes. He seems genuinely appreciative of the fans who’ve helped this show be so successful. 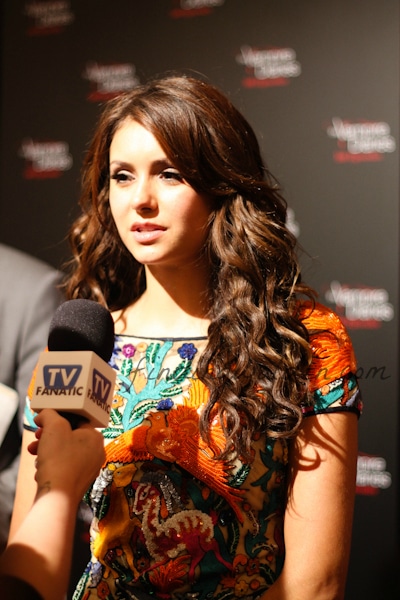 Nina Dobrev’s dress was beautiful. She is beautiful. They were pressed for time so I only got a minute with her before we packed it up and I hobbled out to my car. Never, ever wear heels on the red carpet.

This has been a great few days and I’m sort of blown away that I just did all of this. Incredibly blown away, actually. It’s mind-boggling that this was real.

Ahhh! I absolutely ADORE your smiling fan-girl face in the selfie with Daniel Gillies. Amazing! You are too cute and I am super jealous you got to meet all of them. :)

My fangirl face is ridiculous. I love it. LOL.

I am DYING that you got to be there and talk to all the pretty people! I love TVD and I've let myself get into The Originals, too. I'm sure I would be stunned speechless around Ian Somerhalder. A kiss from Daniel Gillies would send me over the edge!

It was SO FUN!

I haven't seen the show either, but I have a secret love of red carpet life! From the outside of course. What a cool opportunity!

It was a really awesome opportunity. I'm glad I was able to do it.

I have never heard of or seen this show. (Yes, I do live under a rock called no cable and 3 kids.) But now I want to watch it all! I'm so excited for you!

Do you like shows about vampires, witches, and werewolves? Then these are the shows for you. Netflix has the first 4 seasons of TVD!