In an 10th hour feat of parental awesome–because 11th hour would’ve meant I bought these costumes today instead of yesterday afternoon…like last year–costumes were acquired and all was right with the world.

It was a Halloween miracle.

Emma and I crashed Joshua’s school party this morning because that’s one of the perks of this thing I’m doing. We brought grapes and bananas which, surprisingly, were eaten with as much fervor as Jell-O cups and Rice Krispie treats. Just not by my kid ::grumble grumble:: 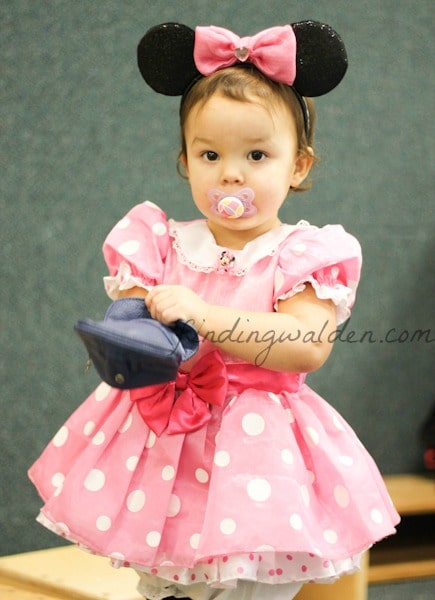 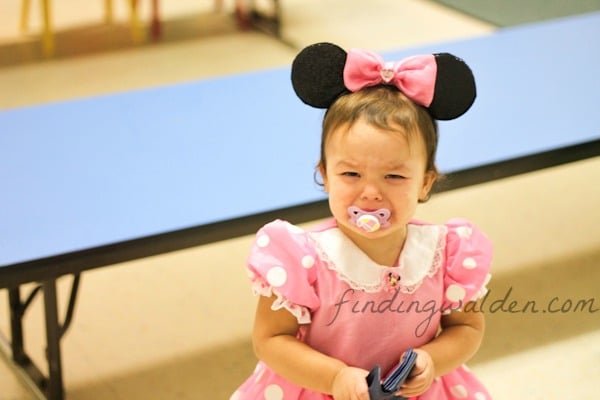 She kept crying because she thought I was leaving her. I promise that their daycare/school is not a toddler torture facility. Don’t let Emma tell you otherwise. 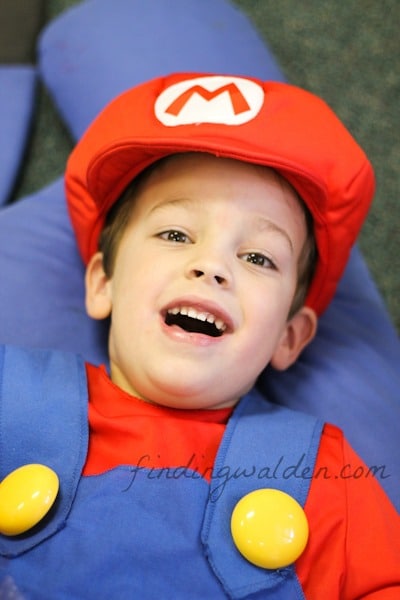 You might remember that Joshua has a certain fascination for the Mario Brothers. It hasn’t waned since his Super Mario Super Birthday and has in fact only grown stronger. Sometimes changing his mind 5 times in as many minutes, he chose this costume after spending the entire month changing his mind. Seriously.

He loves this guy so much he even slept in this puppy last night. Joshua: Nintendo enthused. 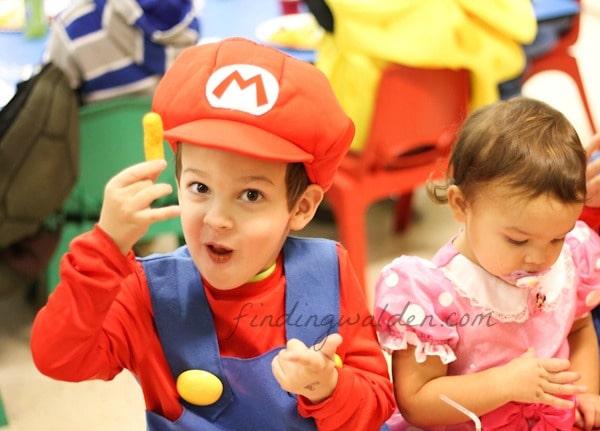 I love this kid and his silly little personality. He’s quite the ham when he wants to be, sprurred on no doubt by his classmates.

Listening to 4.5 year olds converse might be one of the best things ever. And this exchange goes down as one of the highlights of my morning. 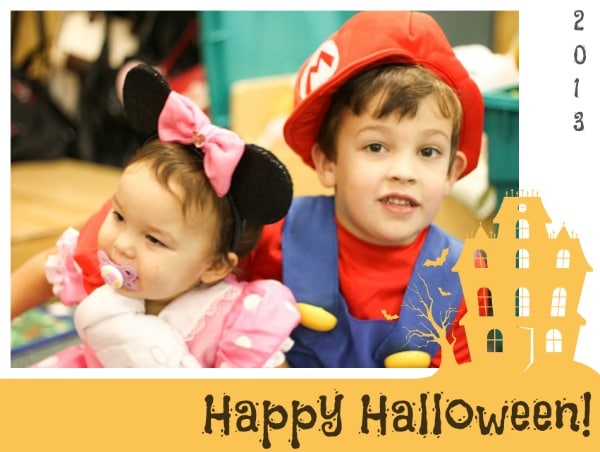 My kids really do love each other. Sort of. Sometimes. But they do not love me enough to look at the camera at the same time.

All the pictures are adorable but that last one is sweet X 100!