I have a personal rule against watching the news.

It fuels my anxiety and since I don’t actually like feeling anxious I avoid all things which cause me anxiety whenever I reasonably can. So the news is on my Do Not Watch list. It’s one of the only things on that list, because hey, watching TV is kind of my job.

After tweets about Miriam Carey, the mother in D.C. who was shot by police yesterday after engaging in a high speed chase, and her alleged history of mental illness and postpartum depression flooded my timeline, I got upset. And then I got pissed off.

I broke my cardinal Don’t Watch The News rule and sniffed out the Today show segment where a psychologist–one who specializes in treating high-risk children and adolescents and NOT mothers–said that sometimes women who have postpartum depression kill their children.

Was the psychologist careful not to lay the blame for Carey’s actions on PPD? Yeah. I guess so. She used the word “speculate” a couple of times and qualified her statements with “some mothers.”

Doesn’t matter. The damage is done because they went there.

Did this mother have postpartum depression? Her mother said she did. Maybe she did. I’m not her doctor or her.

Did postpartum depression make her drive her car through the streets of D.C. at 80 miles per hour? We cannot ever know the answer to that question because Miriam Carey is dead.

First of all, let’s be clear that without talking to her it didn’t seem like Miriam Carey was attempting to kill her child. Yes, her child was in the car, which was dangerous, but reports also indicate that Carey’s purpose was politically and not maternally motivated.

That’s important information because, quite simply, mothers suffering from postpartum depression don’t kill their children. In the small percentage of mothers who’ve harmed themselves or their children, postpartum psychosis is the culprit.

But the news doesn’t want to talk about the many perinatal mood and anxiety disorders on the list. Saying “postpartum depression” is just easier. There’s no need to educate people there.

Speculating on that aspect of her medical history, throwing out a “well, she might’ve have PPD…” increases the stigma which mothers who suffer from postpartum depression face every day.

It makes them monsters instead of vulnerable, suffering human beings who love their children immensely and need help. It scares them away from reaching out for help for fear of judgment and condemnation.

It does those mothers a disservice so vast the effects are immeasurable.

Depression. Anxiety. A history. Like some reports about Miriam Carey state.

I’ve felt the effects of depression and anxiety off and on and battled those demons since I was a teenager. There’s a great chance that at some point in my life, I’ll once again be medicated and/or in therapy for them because mental illness doesn’t just go away.

Hell, after Daddy’s death, I called my doctor and begged for a prescription for Celexa to help me cope because after the shitshow of a summer, his death was the icing on one lopsided and disgustingly ugly cake. (I haven’t gotten that scrip yet, which is a story for another day, I suppose, since the cat’s out of the bag now.)

When irresponsible journalists go after a quick story, when they seek to place the blame for a person’s actions on blanket terms like mental illness and postpartum depression, they do injustices to everyone who has ever suffered from any mental illness.

They hurt mothers and children.

They hurt those who need help.

I am a face of mental illness. 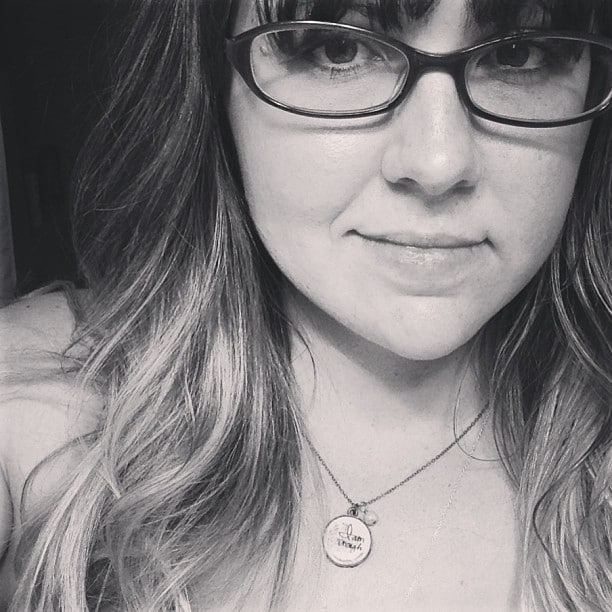 […] I alluded to it a week or so ago, but I’m not in a good place right now. I’ve seen signs of it for a while now, but I’ve dismissed them as random occurrences. Truth be told, I haven’t really been okay since June. […]

Thank you for being a voice - together we can dispel the myth of what PPD looks like. Thank you for showing your beautiful face and having the boldness to show what mental illness looks like. We are you mothers, your friends, your co-workers, your bloggers... I am hoping that one day soon I will have the courage that you display and be able to attach my face to my struggles, no longer fearing rejection and judgment!

You are the face of an incredible woman and mother.

Thank you for this. For sharing. For being you. It's critical we don't fall prey to the mass hysteria of the news. Seriously.

xo Sending you hugs and love.

Thank you so much for you honesty and passion - mental illness is the new scapegoat for everything. I too struggle with chronic depression, it began after the birth of my youngest (I didn't realize at the time), but went into overdrive when 18 mos later my husband left me. I've struggled for the past 15 years and I get pissed when people on the news use "depressed", "mentally ill" for everything- like we choose to have it- like someone would choose diabetes, heart disease or cancer. Until people recognize mental illness for what it is - a disease (illness) of the mind, just like heart disease is a disease of the heart we will struggle with this stigma.