It’s nice, this weather we’re having around here. Like real Spring instead of just a week of nice temperatures before everything skyrockets to sun-hot. And because it’s nice, that means we’re doing things out-of-doors. 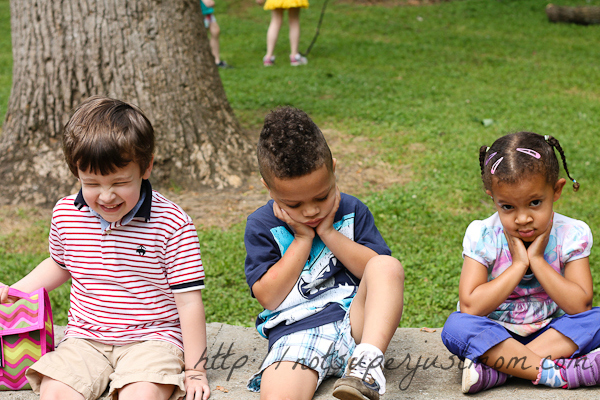 I’m not sure what exactly is going on here, but suffice it to say that when you have three kids and you want to take a picture of them together at least three of them won’t cooperate.

This was our second visit to Zoo Atlanta, and I have to say that I think the best times to go are either as soon as the zoo opens like last time, or in the afternoon like we did this time. By the time we finished our picnic, the crowds had thinned a bit, which I think is a good thing with three full-of-energy preschoolers in tow.

Stop #1 on every visit is The Flamingos. 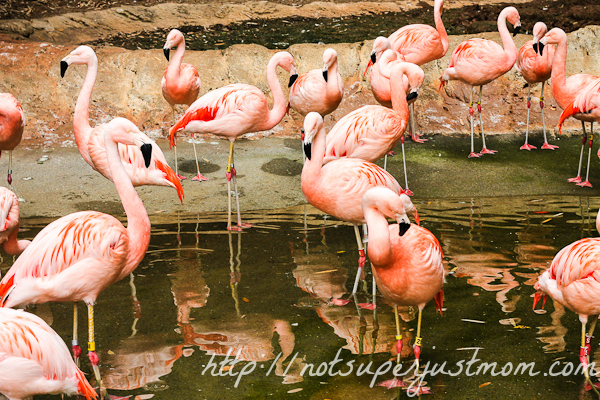 The flamingos always remind me of my grandfather’s farm in Florida. I have no idea why. He didn’t have flamingos on his farm. But they always make me think of Florida and him.

Next we went on a walking safari through the animals of Africa. 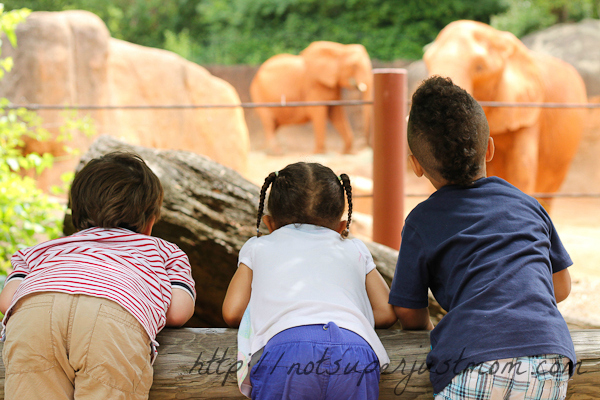 This was a common sight on Friday. Three little kids leaning over a fence together to peer at whatever animal lay on the other side.

The last time we were at the zoo, the elephants weren’t in their enclosure. Or they were laying down and blended in to the scenery thanks to a generous covering of red clay. 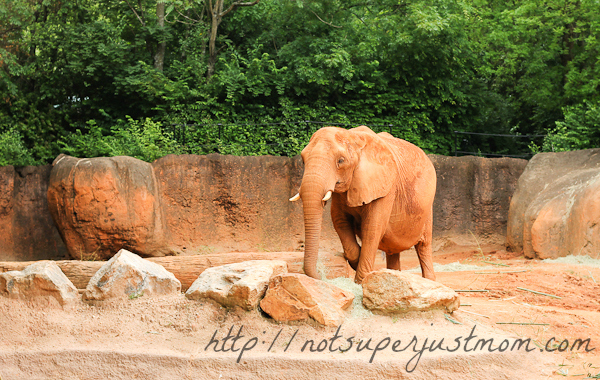 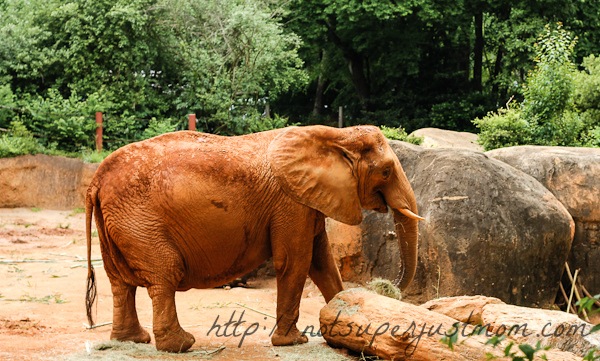 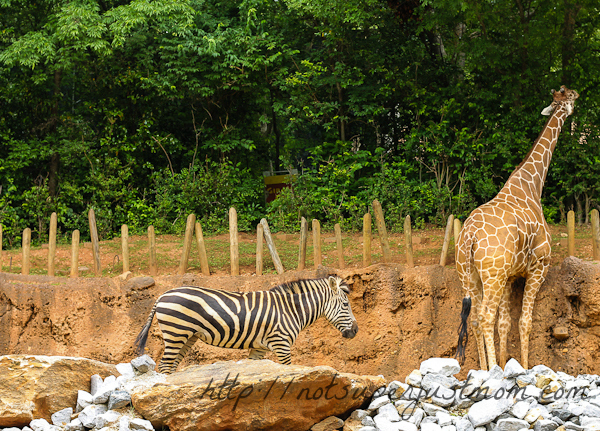 Once upon a time I was a kid who watched Saved By The Bell. There was an episode where the gang would win something if they could answer the radio DJ’s question which was “what color is a giraffe’s tongue?” Mr. Belding knew the correct answer. Black.

This giraffe confirmed that answer by mocking my photo snapping by sticking his tongue out at me. 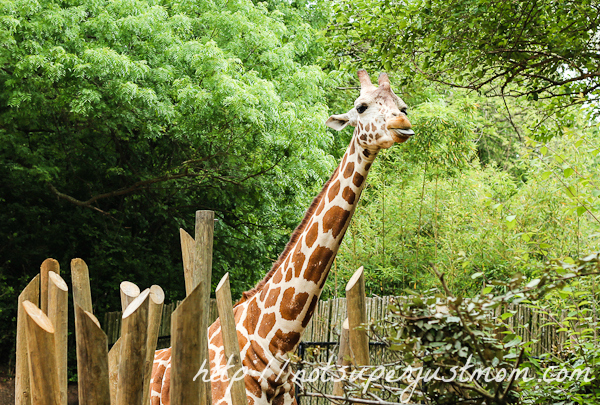 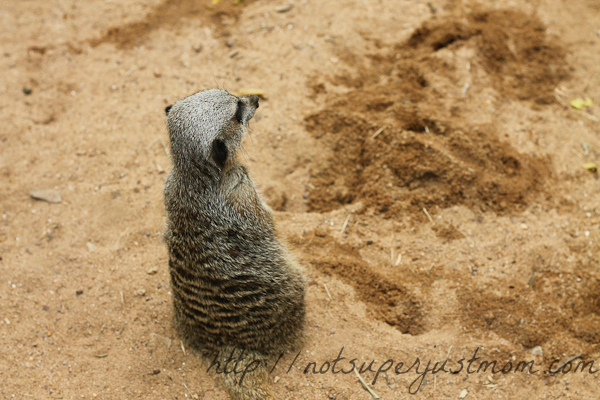 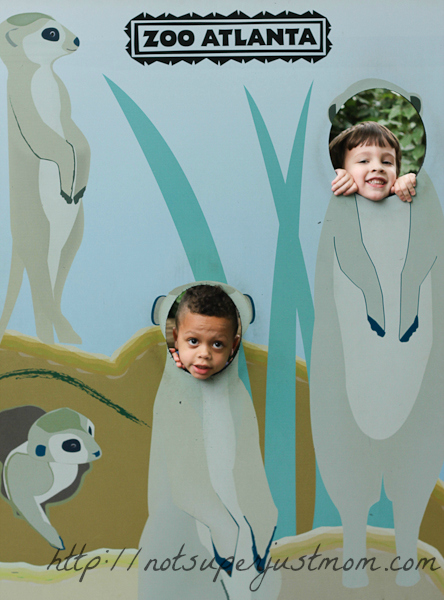 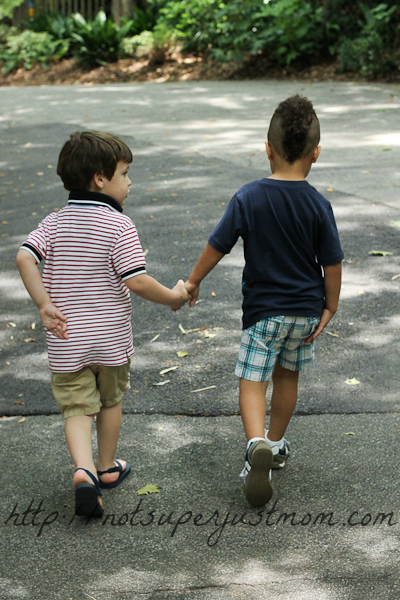 One of my favorite stops is always the gorillas. They’re so interesting to watch. I know how Jane Goodall did it because they’re just so observable. 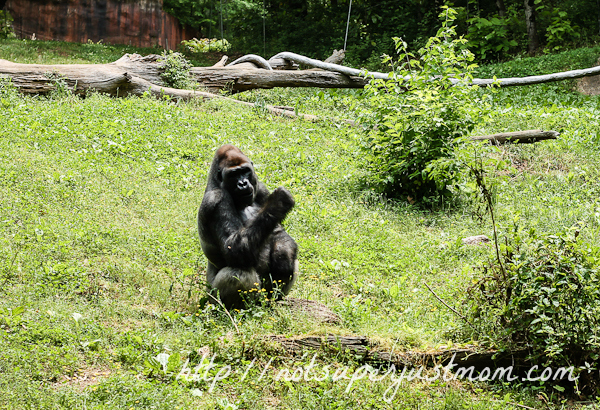 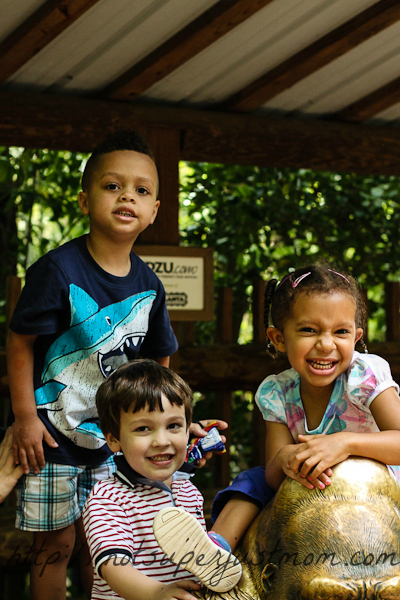 Then we found the tigers.

Cats? They just sleep all the time. It doesn’t matter what size they are. They just sleep. And also pounce on things. I do not wish to ever be pounced upon by a tiger, for the record. And I’m slightly curious as to whether my cat allergy transfers to tigers? But obviously not curious enough to ever actually find out. 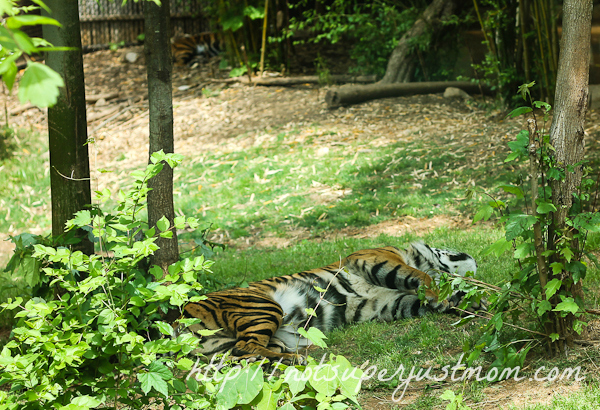 I totally expected this one to fall asleep at some point, but no. Nope. Not a chance. 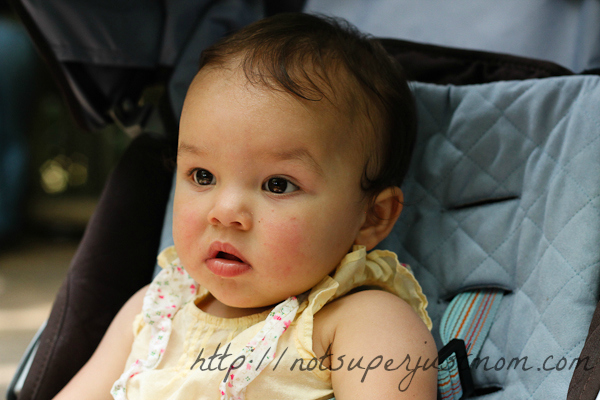 The thing about the zoo with children is that at some point, there will be tears. Probably. And if there aren’t, you’re one of the lucky ones.

Here’s a shot of happiness after visiting the reptiles:

Okay, I was sad that he was sad. I’m not heartless. But then pandas distracted me with being all cute and LOOK AT THE PANDA. 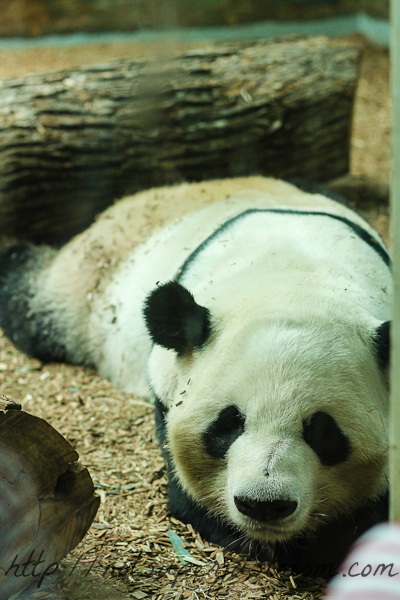 Lucas was fully recovered from his injuries by the time we got to the goat and sheep petting station.

Joshua, well, he was not recovered and decided to just sit on a log. 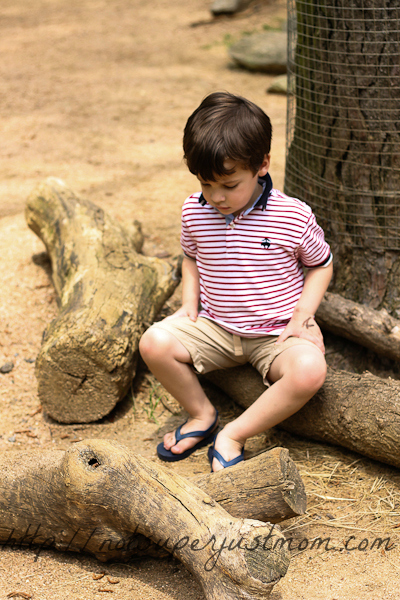 Never fear, though. The goats were happy even if Joshua wasn’t. This goat is totally smirking at me. 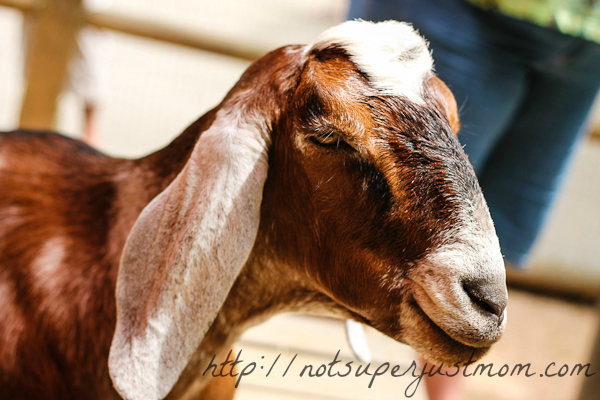 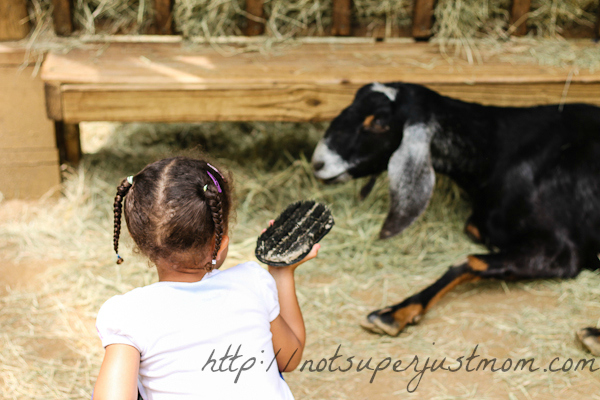 Finally, we made it to the Kid Zone (as if the entire zoo hadn’t been a zone for kids?). All three of them were eager to ride the train, but Joshua wouldn’t sit with everyone else, so I have no pictures of them together.

If Joshua wasn’t recovered from his knee scrapes after the train, the carousel did the trick. 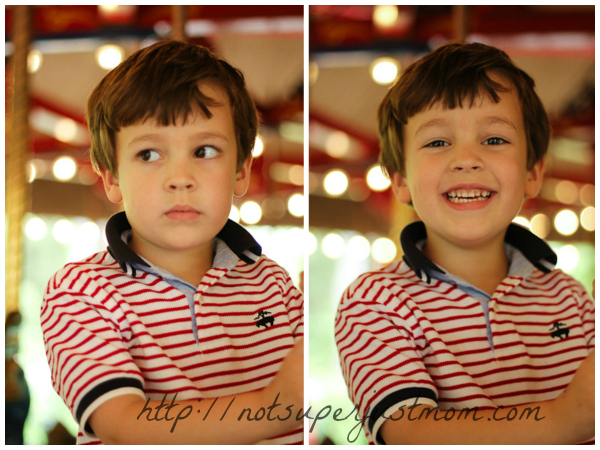 After getting the warning that we would leave in 10 minutes, the kids set off for the playground. 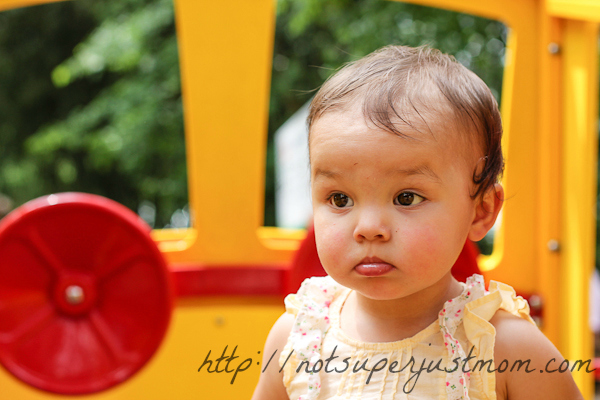 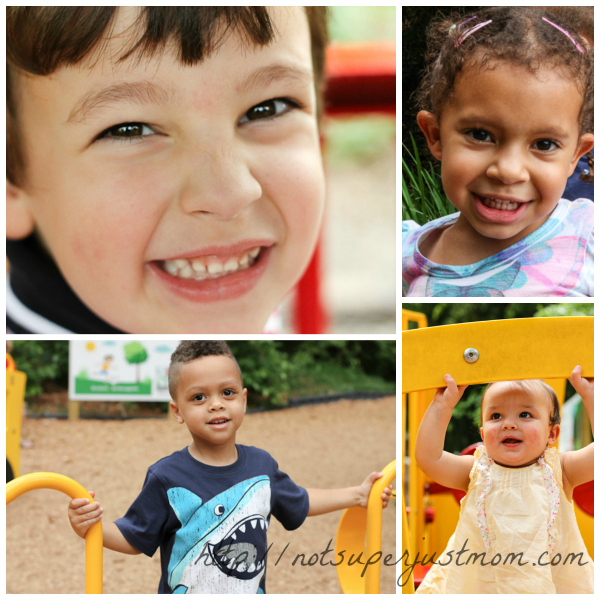 And that was our day at Zoo Atlanta!

We do too! They're so much fun! AND educational!

Are you sure the giraffe tongue was saved by the bell? One of my favorite shows in the 90's was salute your shorts, and there was an episode where Sponge was tapping into the camp's phone line to answer the radio DJ's question. The final question was about the giraffe's tongue and Ug catches them. He knew it was black because it was his college mascot, and he took all of the money. I don't remember saved by the bell that well though.

If only I could harness my brains ability to remember Nickelodeon TV shows and use it for more useful things :-)

I googled and apparently it was Salute Your Shorts. I could have sworn it was Saved By The Bell and they had to use the phone in Mr. Belding's office and he gave them the answer so they didn't get to actually win whatever it was and they gave the tickets to him, but then that's also the same kind of scenario for Salute Your Shorts, which I also watched.

Loved all your pictures! What kind of camera do you shoot with? We went to the zoo with Sylvia's preschool class two weeks ago. We did not get to see the elephants! I was so sad. They are such amazing animals. I loved your goat pictures! I have a few fav of my IG feed. Love these pics! Great job.

I shoot with a Canon Rebel T3 and used a 50mm lens for these pics and then edited in Lightroom.

The goats are always funny to me. And the elephants are so...majestic.