One of the “perks” of staying at home has been not having to wash my hair every day. It’s a perk because my hair is the healthiest it’s been in a long time.

It’s a not-perk because I’m not washing my hair every day, which sometimes means I’m not showering every day, so I’ve had to come up with creative ways to wear my hair.

Last week I put my hair up in a low tucked bun and Instagram-ed a picture and some people asked how to do it. So I busted out the tripod and remote shutter that I got for Christmas that were still in their original packaging until Friday and here it is. 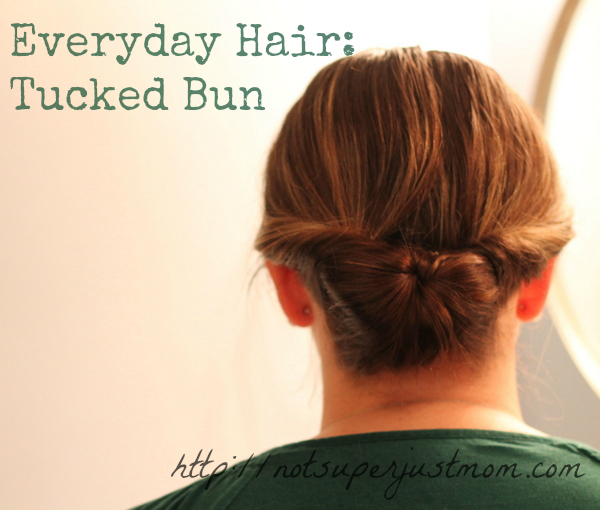 I think I was on Day Two hair here, for the record. A little dry shampoo in my bangs/around my face and pulling the rest of it back and I was good to go to the park and grocery store with the kids. Bonus, it’s out of Emma’s reach!

Step One: Pull your hair into a low ponytail. 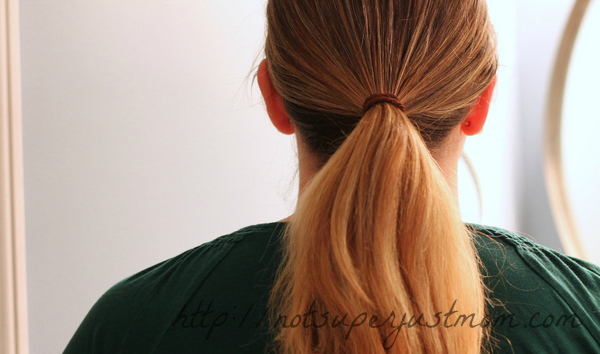 I have a ton of hair. A TON. And this style works for me, so don’t think it won’t work because you have a lot of hair.

Step Two: Make a “nest” for your hair. 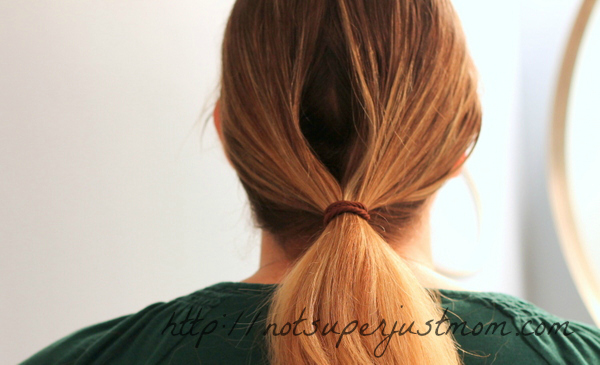 Do you remember the Topsy Turvy ponytails that were oh so great in the 90s? This actually starts a bit like that but with no tools necessary.

Step Three: Roll up your hair. 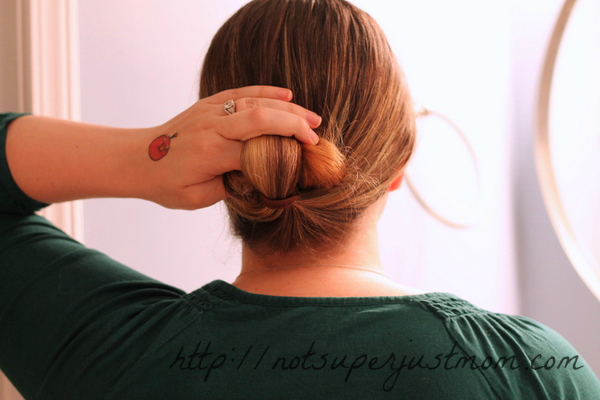 To make the ponytail easier to tuck into the nest, I like to use my index finger as a form to roll the ponytail up into a ball.

(Why yes, that is an Angry Birds temporary tattoo on my hand. *Someone* in this house is a fan of Angry Birds and requires that we both have one so that we can actually be Angry Birds and play real-life Angry Birds. He’s cute. And at least I got to be the about-to-explode Black Bird this time instead of a pig.) 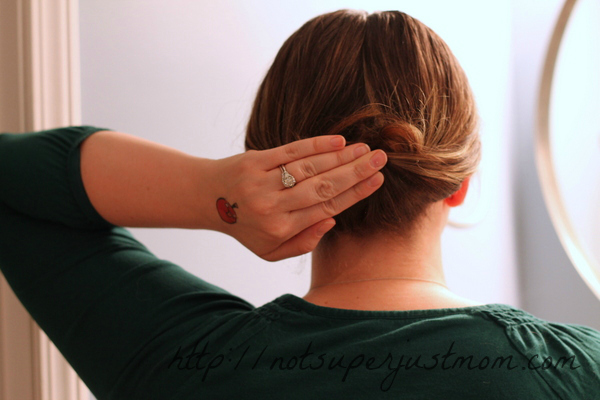 Take the ponytail ball you’ve got wrapped around your finger and tuck it into the nest. Push down on the pony tail holder to make sure that the hair is all tucked in. 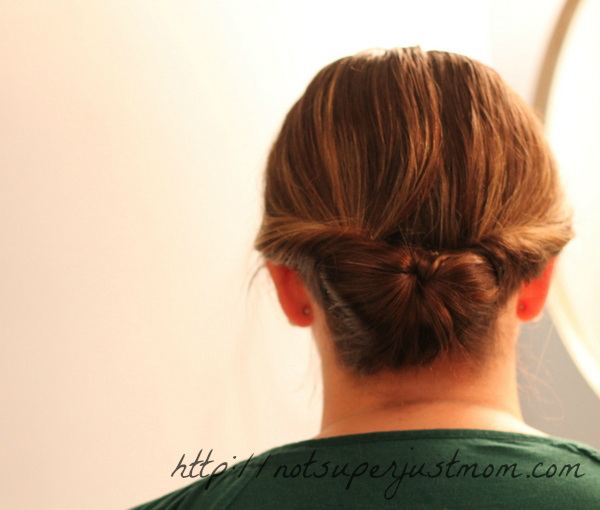 Once your bun is pinned in place, use a fine tooth comb, or even your fingers, and gently comb together the hair that parted when you made the nest.

Boom! A super easy, low tucked bun that’s casual enough for every day but easily transitions into a night-time style.

It can be embellished with bows or clips or flowers, but I think the low tucked bun by itself is quite pretty. Particularly if you’ve tamed your flyaways better than I tame mine for trips to the playground.

Or you can always just embellish it with a cute baby. 🙂 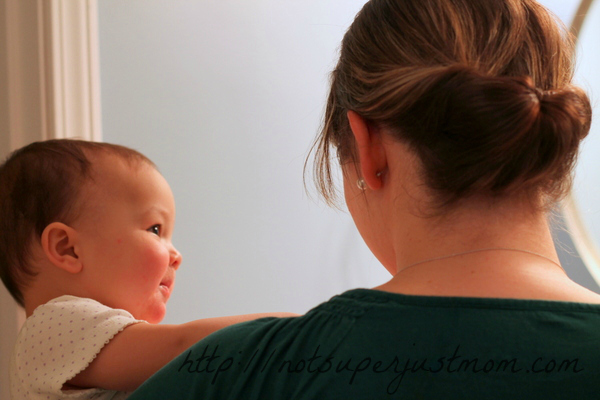 That looks super cute and easy. I may have to try that when I'm running late for work in the morning. ;)

This is super cute. I bet with two spin clips (you know I'm obsessed) it would stay in for.ev.er!