My kids are cute. Which is pretty much all that keeps me from selling them to the circus some days. Here’s what we did this week: 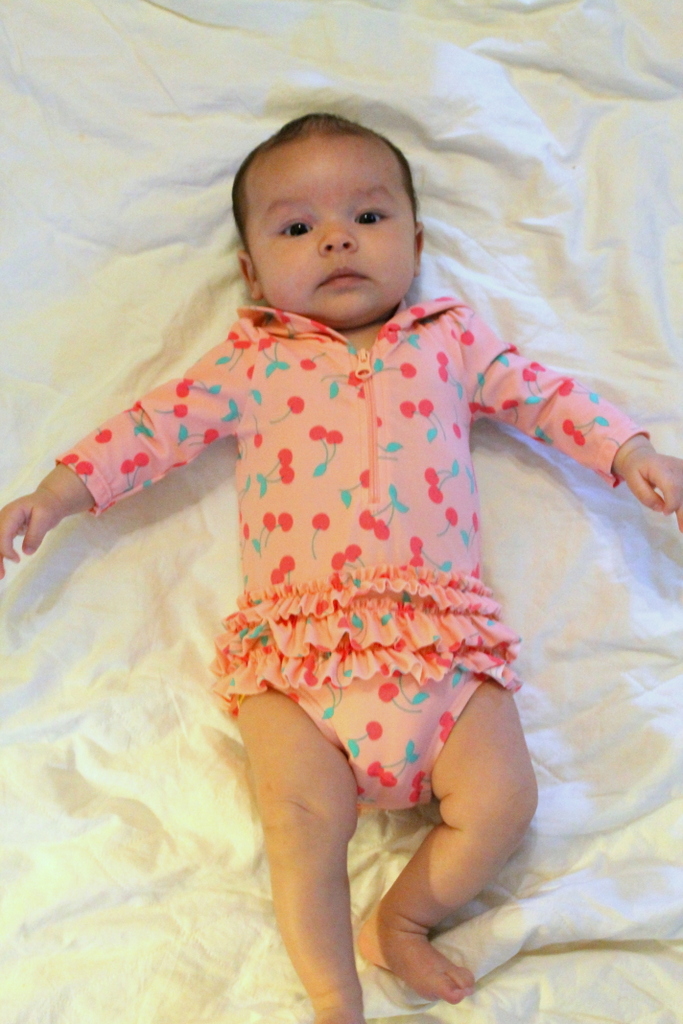 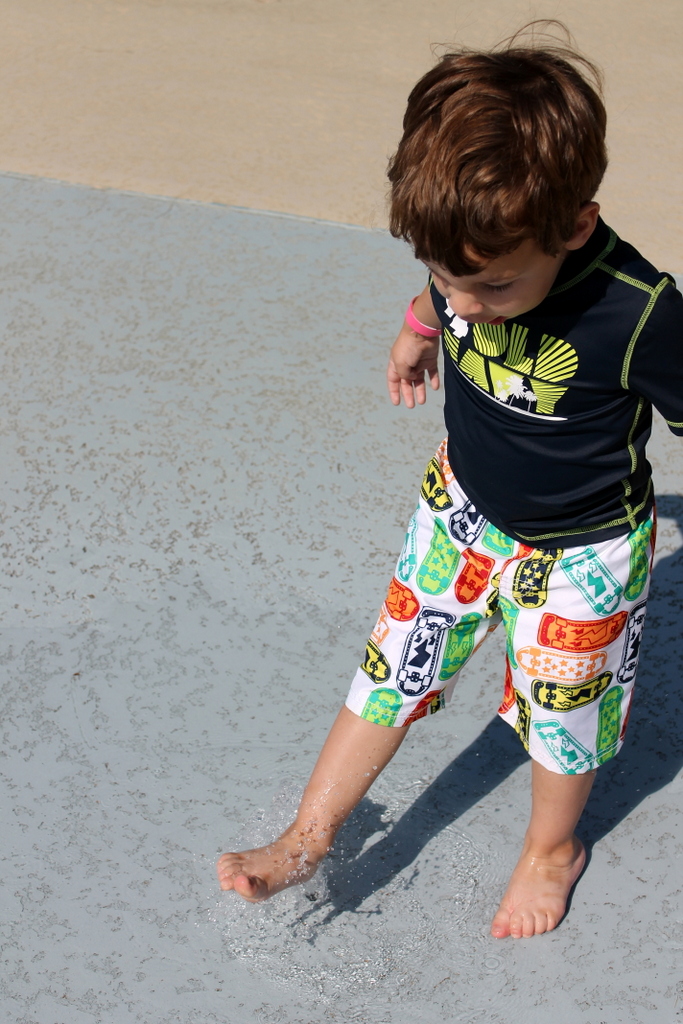 First up, we put on swimsuits and hit up the splash park. Joshua got to pick out his own swim trunks this year and chose the skateboards. Except he kept calling them surf boards. Surf boards would’ve been more appropriate for swim trunks, but skateboards it is. He was also a bit fascinated by the fact that there were underwear IN his swim trunks, though at first he nearly broke into hysterics at the thought that he wouldn’t be wearing underwear WITH his swim trunks. My son. So not an exhibitionist. One of the girl mom perks I’ve found so far is all the ruffles. ALL THE RUFFLES ON ALL THE THINGS. Including bathing suits. LOVE THEM. 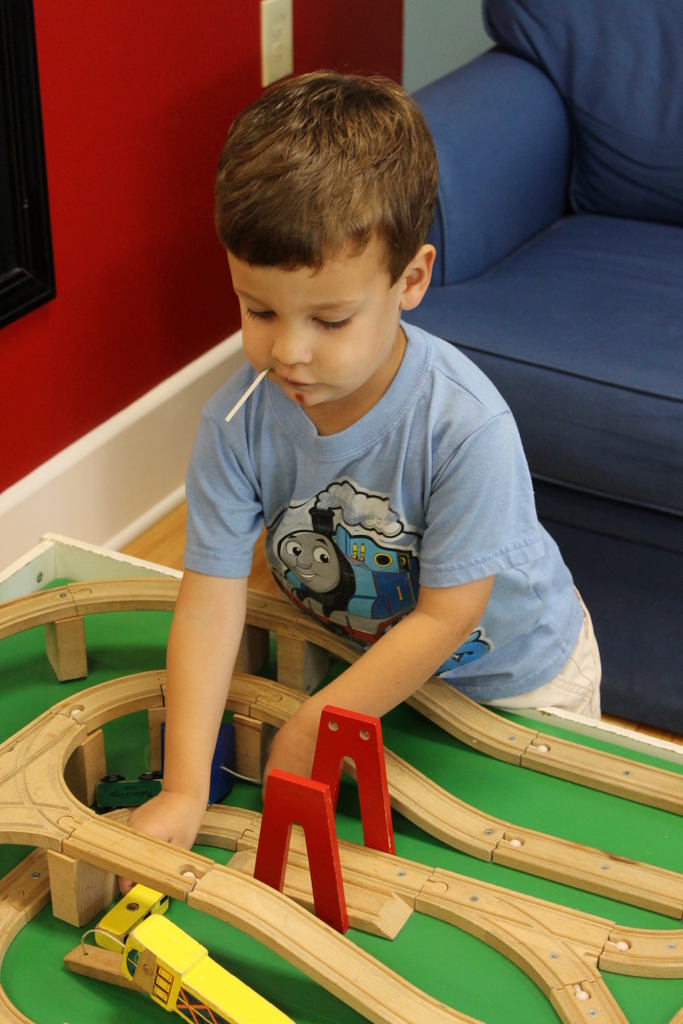 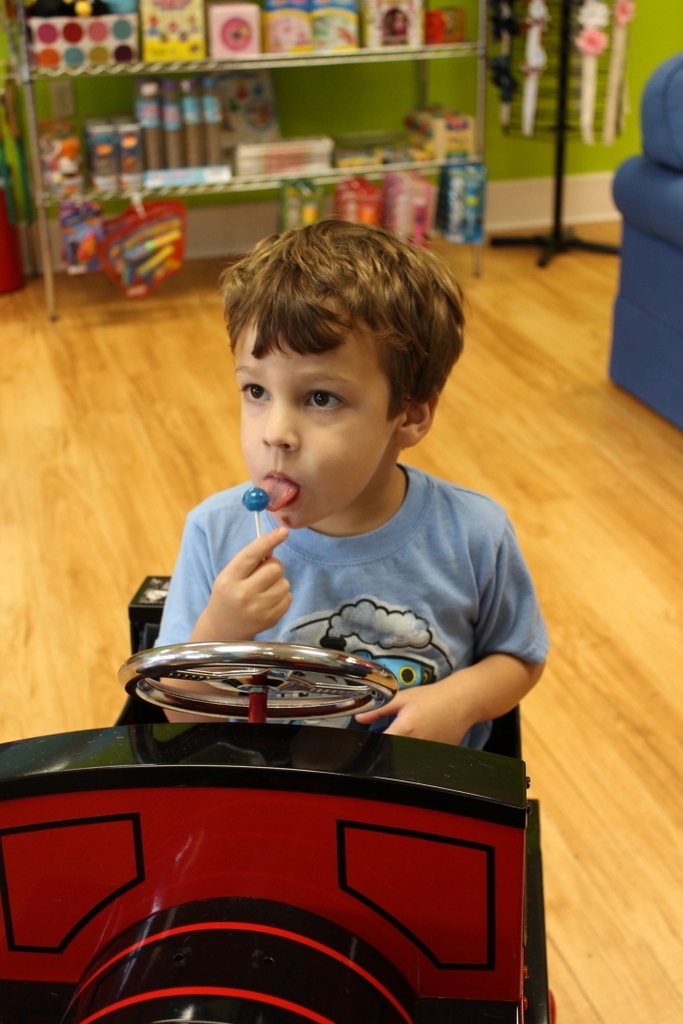 Joshua needed a hair cut so after his nap on Friday, that’s what we did. And then he got to play trains while I paid. He pretty much loves getting his hair cut and I’m really thankful for that. With all the screaming, whining, out of control messes of kids who go in that place, 1) it’s a wonder the stylists aren’t drunk and 2) I’m glad mine’s not a contributor. The unlimited supply of Dum-dums probably doesn’t hurt.

You can see more of what we did this week on the Instagram page, if you’re so inclined.

So, in addition to doing all of that, I read some things this week, too. I realize that saying “what I read THIS week” is technically inaccurate if I’m considering Sunday the first day of the week. I should be saying “what I read LAST week.” So I’m calling this “Week in Review” instead.  (These are the things that keep me up at night and shouldn’t. But whatever y’all. We’re rolling with it and I’m working on it.)

First up, Amy at Baby Baby Lemon shared a recipe for Toaster S’mores. If y’all remember, when I was in the third trimester with Emma, I got a random, freak craving for S’mores. Except the only way we really have to make them is to light a burner on the stove and roast a marshmallow on a fork. It works. It just takes forever. Amy’s method makes me want to go buy a toaster oven just for the purposes of making S’mores. But we’re on small appliance overload in our kitchen as it is so one more might make Dan stage a revolution.

I’m almost ashamed to admit that I’m new to Grumbles and Grunts. But this week Jamie wrote about her son’s sunkissed toddler arms and the way he still curls up on her shoulder and there was poetry in her words. It reminded me of the way Joshua sports a farmer’s tan and has hair that always smells like lavender baby wash. And how, even though he’s my big kid now, he’ll always be my baby. (Bonus: Her infographic on How Twitter Works is pretty spot-on and hilarious. It’s always the most random things that get the biggest reactions from people.)

Diana wrote a short, simple post about how much it means to her to have friends who will listen. Who remember. Sometimes being a friend isn’t about saying the right thing. It’s about saying nothing when nothing needs to be said. It’s about helping someone else bear a heavy burden by being a recipient of that person’s words. My heart cracks a little bit every time I think about her boys. Their lives matter. To her. To me. To the people who love her. May their memories be eternal.

What did you read this week? Anything good? Share it with me!

That tiny girl is precious! And J is getting so big. It's funny how different the two can look, huh? Allie and Ava are the same. One is mom, one is dad.

Yes I have read some good stuff: some of it I wrote! I *might* be biased.... Also, Jennsylvania: Jen Lancaster's blog. Is. So. Funny. Enjoy!

sounds like a great week! you are definitely lucky in the hair cutting department, my daughter is almost 2 1/2 and hasn't had a haircut yet, but i am dreading the day.