Anyway, it’s nearly NOT her two-month-day anymore so I’m going to make this one brief. (Sorry, second child.) 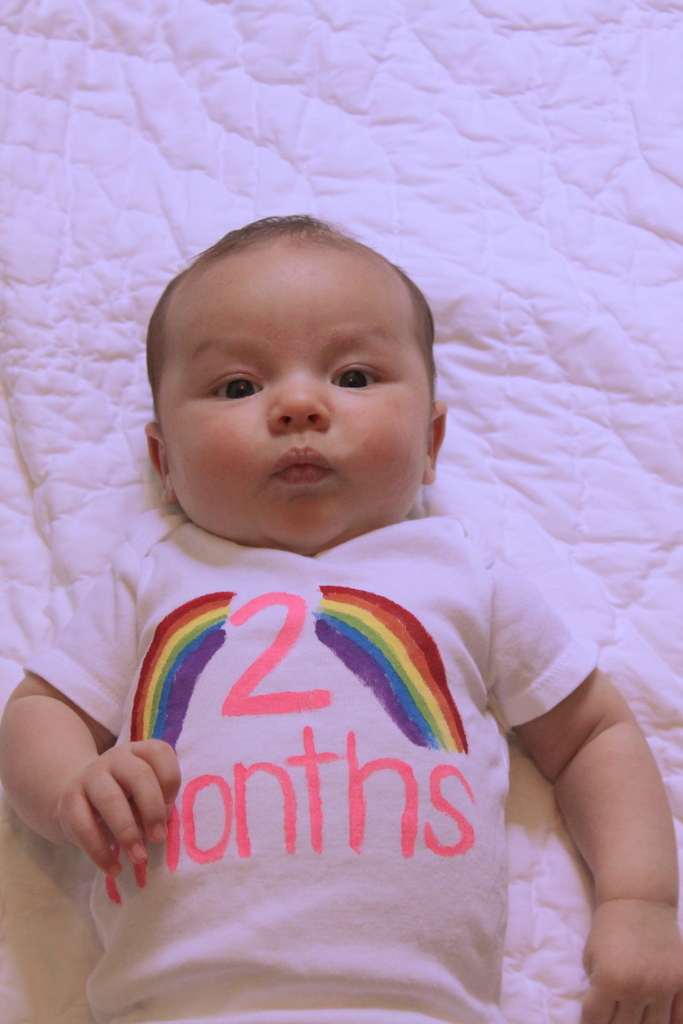 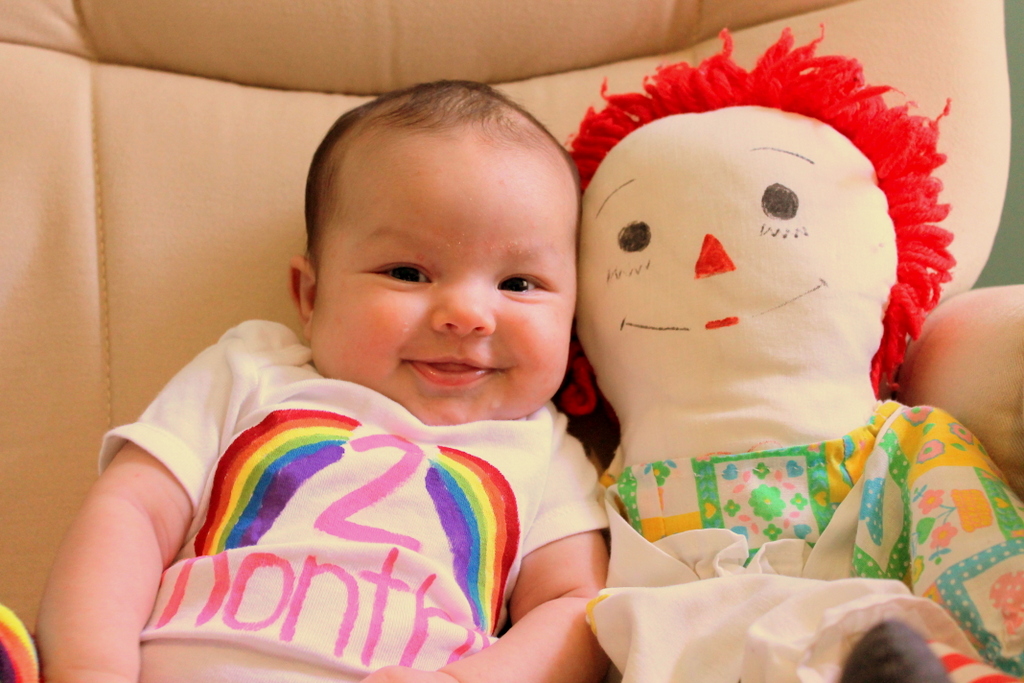 I'm pretty much at the same place you are! My little boy is about a month older though. I just saw your comment on twitter about Emma loving the boob!! And died laughing. My 2nd son was like that. And if she's that bad, I'm here to warn you it might just not get any better. He weaned at 15 months. Really I was okay with it but it did get kinda old because my husband could never put him to bed. He finally got better during the day after six months or so but at night he still needed me to nurse him to get him to sleep. Now he's a spunky 2.5 yr old!!

I would love if you would follow me on twitter so we could "chat" about mutual newborn things! :) cookiecrums123

In all honesty, who doesn't love the boob?

My pediatrician is super good about shots with the kids (and they're on different schedules, so it's very rare that they both need shots during the same visit) . . . two nurses enter - I hold, they each take one leg, and prick until done. It's very rare to have things take more than a minute . . . and, if it's Leila who is getting stuck (she's usually content just looking in a mirror if she has to entertain herself), the minute is not quite enough time for CJ to really get into much trouble, especially if you give him a tongue depressor or two.

I'm a bit scared of that whole hands full thing. Dan thinks perhaps he should buy a shotgun to scare the boys with.

And I will never, ever, ever take both of them to the doctor again if it kills me. Because it almost killed me. Never.

you know this means C is 3 months on tuesday. oh lawd.

C was over 12 lbs at his 2 month visit. For reals, yo. And he was STILL 2 pounds lighter than his older brother at that age. What that what?

And yes, C is way less....E too. 'Tis a good thing. There is only room in this world for one Eddie. Just like there is room for only one Joshua :)

And you know I could nom on Emma. Totes nom.

There is SO only enough room for one Joshua. Only one. God broke the mold with his.

I'll nom on her for you. She's nommable.