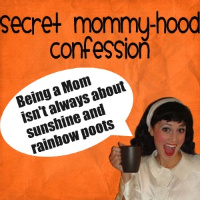 I am jealous of women who have their “ish” together.

So, I joined a gym this week, right? I’ve been twice. I like the way I feel even after only two visits. I want to keep going because I like it and it’s good for me. Unlike wine or bad television which are my usual go-to’s for coping with feelings of irritation.

I made a deal with the Devil personal trainer that I’d go three times a week.  Going today would’ve made my third time this week.

I was super pumped to take Joshua to the Mommy & Me class this morning. Truly. I was.

HAAHAHAHHAHAHAHAHAAHAH<—–That’s the Universe. Laughing at me. Again. And hard.

I will never do that again. Ever. For as long as we both shall live. Amen.

That made me feel nothing short of frustrated with my ineptitude as a mother.

My child? Was all over the place. He didn’t want to go to the stations. He threw himself down on the ground in a fit of Tiny Terrorist Rage that can only be equaled by the rage of an ACTUAL terrorist. He wanted to play with the exercise balls instead of doing anything else. The other children are happily moving from station to station, excited and full of energy and shouting, yes, but at least SEEMING to do what they were supposed to do.

I? Was trying to herd a cat.

The only time he was even remotely interested in doing what everyone else was doing was when we were supposed to run back and forth across the room.

And instead of being able to laugh about the entire experience, I just felt judged. For everything.  My weight. My fat thighs reflected in three walls of mirrors. My too-tight t-shirt. My screaming toddler who refused to do anything except scream. I just felt like everyone was staring at me and I was “that mom” in the class that no one wants to talk to because her child is the unruly, insane, undisciplined, wild-child.  And that his wild-childness is all my fault.

The cool-down wasn’t even finished and he was kicking an exercise ball into the other mom-child pairs, so I snatched up our things and we left. I didn’t say goodbye, or thank you, or anything. We just left.

I tried to drop him off at the childcare center so that I could do some cardio and he just cried. There was no leaving him there. So we just left. And then he cried almost the entire way home.

I feel like a “normal” mom wouldn’t feel this frustrated.  A “normal” mom would be able to just roll with the punches instead of being so self-conscious she wants to chuck her New Year’s Resolutions out the window and eat a half-gallon of ice cream.

A “normal” mom wouldn’t have such high expectations for herself and her child, OR she may not feel such intense rejection when things don’t go as planned.

A “normal” mom wouldn’t nearly have an anxiety attack because her child is crying The Ugly Cry for virtually no reason.

I don’t know.  Maybe she would.