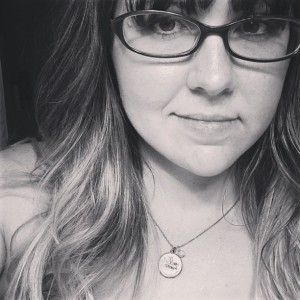 Miranda began blogging in 2008 as a way to express herself creatively. Then she got pregnant and suddenly she was a mom with a blog.

While she taught high school English during the day, she spent the evenings writing and connecting with others across social media. What she found was that this is her passion. She enjoys it immensely and seems to have a knack for stringing together sentences. She loves to tell a great story and considers that one of her many and varied talents.

Over the course of five years, blogging became more than just a hobby, and in 2012 Miranda left teaching to stay home with her children and write part time. She has worked with brands such as The Home Depot and Graco, as well as small, independent companies. She is currently working with Pear Tree Greetings on a year-long campaign to encourage people to send real mail.

Through a tiny tweet of fate, Miranda landed her dream job as a TV critic for TV Fanatic, one of the Internet’s leading sources for television news, reviews, spoilers, photos, and information. She’s responsible for reviewing some of television’s most popular shows each week. Basically, she gets paid to watch and write about television. It’s as awesome as it sounds.

In late 2013, Miranda decided to pursue a career as a full-time freelance writer. She became a regular fixture around Mediavine’s  entertainment news and celebrity gossip website The Hollywood Gossip. She now spends her days knowing the whereabouts of Justin Bieber and plotting ways to become best friends with Jennifer Lawrence.

In 2014, Miranda helped bring the national Listen To Your Mother Show to Atlanta along with her co-producer Jana Anthoine. The two share a love of storytelling and memoir and wanted to give mothers a microphone in their city. Additionally, Miranda is part of the Warrior Mom Leadership Team at Postpartum Progress and is currently helping to plan the first ever Warrior Mom Conference, a weekend celebrating moms who have suffered from and are currently perinatal mood and anxiety disorders to teach advocacy, raise awareness, and strengthen the community.

Miranda is a married mother of two living with her husband and adorably funny children in the Atlanta suburbs. She is always interested in partnering with new brands and lending her voice to their campaigns, with or without a byline.

Want to work with her? Well, of course you do. So let’s do this.